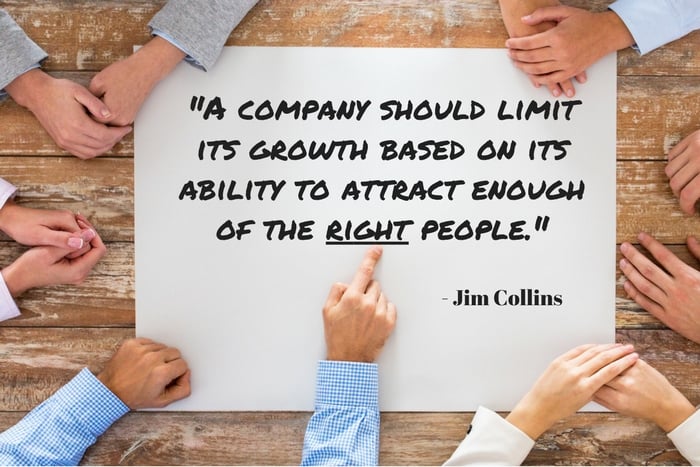 People who need people are in a mess of trouble these days, which definitely conflicts with some conventional wisdom from Barbara Streisand…!

In case you’re not familiar with it… – the song ‘People‘ was originally released in 1964, and was sung by Barbara Streisand as part of the Funny Girl soundtrack.  As the lyrics go…

“People, people who need people… are the luckiest people in the world.”

To be fair, Barbara was really talking about interpersonal skills and relationships – and her point in the song may still be perfectly valid.

However… I’m talking about small business owners who need people – and those are the ones who are generally having a hard time of things.  This week I had a chance to sit in a room with a dozen business owners and pose the question:

“What kinds of challenges are you seeing with people these days?”

As you might imagine, that question triggered a lot of responses and a lot of interesting discussions – but the general tone wasn’t very positive.  It’s difficult to successfully grow a business without the right people, without leading and managing them the right way, and it seems that the right people can be hard to come by.

Here are a few of the best ideas that came out of our discussion on people challenges:

Always require a solution to go along with the problem

One way to mitigate this condition is to push it back towards your team.  Start setting the expectation that whenever a problem or an issue is escalated to you, that you will also expect a suggested solution delivered at the same time.  That doesn’t mean you’ll always take their suggestion, but it’s critical to start getting solutions from among the team rather than having them bottleneck at the top.

Along the same lines, it’s a good idea to periodically meet with your team and clearly talk through what you expect them to own (and solve) on their own – and you should make sure that their level of accountability goes up over time.

Several people in the room had hired people in the last year who looked great on paper (and maybe even interviewed well) but weren’t working out. Although it’s soft and squishy, it’s critical to hire people who share your values and are great team players.  That person you hired who has all the right experience and skills, but doesn’t get along with anyone else is definitely causing a lot more problems than they’re solving.

Of course the biggest challenge of hiring based on values is that you need to know what your values are to begin with.  A lot of business owners don’t formally have their values categorized – so if that’s the case, maybe it makes sense to go with something simple like Lencioni’s Humble, Hungry and Smart (from the Ideal Team Player).  Either way, the awareness that you are focused on hiring someone with a great attitude will help you a lot more than bringing on someone with skills and a bad attitude.

Get clear on expectations and find a way to measure things…

Another point of general pain for many in the room was having employees who just weren’t living up to the business owner’s expectations.  Ultimately, this boils down to two likely scenarios: Either your employee isn’t capable of doing what you want done (they’re in the wrong seat) or you’re not being clear about what you want done.

If you’re not getting the results you want, it makes sense to start with your expectations.  Have you clearly, in writing, laid out what you expect your employee to be doing and talked through it with them?  More importantly, is there an objective, simple way to measure their efforts?  Or at least their end results?  And is that published so everyone can see?  If that’s not the case, start there.  If you are really clear, then you need to confront the employee and try to get to the bottom of the lack of performance.

*Note – this will be uncomfortable and you won’t want to do it.

If you don’t actively manage and confront these kinds of challenges, the situation and the results will never get better.  You may need to help the employee with training or coaching, you may need to change your expectations or… you may need to let them go if they can’t do what you need and you don’t have any other choices – even if you really like them.

We covered several other people related issues, but these were definitely the most common.  How do these stack up in your experience?

Was Ms. Streisand right about being lucky?  We’d love to hear your thoughts – share them in the comments below.