Are you tapping the power of Simple?

Are you tapping the power of Simple? 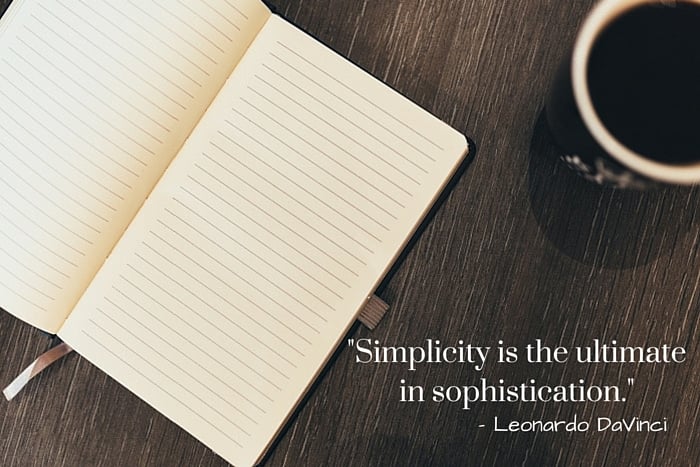 Patrick Lencioni is a brilliant guy.

Not because his teachings have helped tens of thousands of business owners be more successful (although they have…).

And not because he’s written 10 fantastic books, including The Five Dysfunctions of a Team…although he’s done that as well.

No – Patrick Lencioni is brilliant because he truly understands and embraces the power of simplicity.

As an example, check out Lencioni’s latest book – The Ideal Team Player. Written as kind of a companion piece to The Five Dysfunctions of a Team, this concise (and simple) leadership fable tells the story of a construction company that hits a turning point and needs great teamwork and great team players if they’re going to survive and grow. Through the story and the following explanation, Lencioni shares a very simple but profound model that can help you determine if someone is an ideal team player…and what you can do about if they’re not.

The model is based on 3 characteristics – virtues really; Humble, Hungry and Smart.

If you have an employee with all 3 of these virtues, then you have someone who has the capacity to be a strong team player.  If they are missing any of these virtues then they’re going to present a challenge for a team (the type of challenge depends on which virtues they’re missing) and you need to think hard about hiring that person…or keeping them on if they aren’t willing to change.

Simple but profound – this model is powerful because it gets to the heart of the challenge AND because it’s simple. It’s simple to remember, it’s simple to use and it’s simple to communicate.  Patrick Lencioni is the founder of a very successful consulting firm – if they wanted to, they could have developed a complex model and assessment on how to identify great team players. And that model would have been helpful, but no where near as useful as Humble, Hungry and Smart.

If you’d like a more complete overview of the Ideal Team Player – check out this great summary by Dr. Burt Lohoff-Gaida on LinkedIn: Are You Really A Team Player?

“If I had more time, I would have written you a shorter letter.” – variously attributed to Mark Twain, Blaise Pascal, Cicero and others

All of Lencioni’s books are concise and to the point. He almost always uses a simple (but very engaging) story to make his points and then backs it up with a simple model or explanation.  And he’s sold more than 5 Million books to this point – so he’s clearly doing something right.

Considering how fast the world is moving these days, you probably need a simple message or idea if you’re going to have any hope of breaking through the noise. Consider these examples:

Dollar Shave Club – A Great Shave for a few bucks a month.  It’s a simple idea, sign up and you’ll get great, simple shaving gear sent to you every month so you don’t have to worry about shopping and you’ll save some money.  (It also happens to be a brilliant business model because of the recurring revenue).

Five Guys or In-n-Out Burgers – two extremely successful fast food chains that people love.  Their secret? Great quality…and simplicity. You can put their entire menu on a single piece of paper. They’ve perfected what they do and they stick to that formula.

Nike – Just Do It slogan. Perhaps the single most well known and effective slogan ever created, Nike’s Just Do It campaign was launched in 1988 and is credited with taking their market share from 18% to 43% in the US over the next 10 years.  These 3 simple words not only got to the heart of what Nike believed (and want their customers to believe) but it was also easy to remember and communicate.

Apple – Retail Store Design. If you’ve ever been in an Apple store, it’s an experience that’s vastly different than other electronic stores. The space is wide open and clutter free and the service is designed to help and educate you by making the whole thing as simple as possible. It really is an extension of Apple’s overall design philosophy – the idea that the Apple remote or the iPhone only has one button.

“Make everything as simple as possible, but not simpler.”  – Albert Einstein

There’s a lot of power in simplicity, but it’s not easy. For most of us, it’s in our nature to complicate or over think things, but you can work on it.

Think about how your business operates. What’s one area of your business that stands out as particularly complicated? Could you pull together a group of your employees (or vendors…or even customers) and brainstorm on how you could simplify things?  What could you cut out that would streamline things?  Are there products or services you offer that always slows things down? Could you get rid of them?

What could you simplify in your business? What are some great examples of simplicity that you’ve seen out and about? We’d love to hear your thoughts – share them in the comments below.