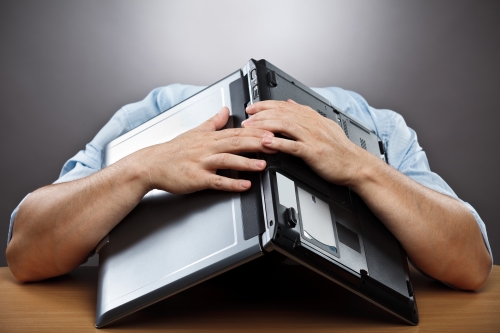 Do you know what’s holding you down in your business?  It might be your circumstances, the people around you, bad luck…but often at least one of the things holding you back is…you!  Specifically I’m talking about self-limiting beliefs, those sneaky almost unconscious beliefs that we all have and in some cases keep you from reaching the success you’re capable of.

A self limiting belief can be as straightforward as ‘I could never do…(insert something you’re really scared of)’ to something a little less obvious like: ‘Everyone knows the only way to get new customers is to cold call.’  In either case your belief is holding you back from trying something (or if you do try it, it’s likely to be a half-hearted effort that’s doomed to failure from the start).

The good news is that self limiting beliefs are internal…and can be overcome.  Paradigms can change, new beliefs can be formed.

Recently I was working with some clients on planning and goal setting for next year and realized that this is a perfect time to formally examine any anchors you might be dragging around with you.

What are some of your self-limiting beliefs?

Self limiting beliefs are sneaky by definition.  Obviously it’s something you believe already, so it’s not likely that you’ll question it without some circling around it first.  As an example, you might recognize that you need to increase revenue next year…only to immediately follow that with “I suck at sales…so there’s no way for me to get more revenue.”  “I suck at sales.” is a limiting belief (actually a very common one) and if you’re a small business, it can be a killer if you leave it unexamined.  The good news is there are a lot of ways to sell and I can guarantee there are people like you who are very successful at sales!

So to start uncovering your self-limiting beliefs, look at where you’d like to be in the next year or two and what your fears are when it comes to reaching those goals.  Ask ‘How do I limit myself?’.  You could also ask “Have I ever talked myself out of going after my goals?”.  “Do I procrastinate?  If so, why?”.

As a another way to look at this, think about times where you’ve said (or thought) things like “I can’t…” or “I don’t…” or “I could never…”.  The odds are very high that any and all of those statements are covering up some sort of limiting belief.

Write down your thoughts from the questions above and see if you can uncover any negative self-limiting beliefs.

What do I do with self-limiting beliefs?

So you’ve uncovered a few of the nasty things…what now?  There are few things you can do to help you overcome self limiting beliefs:

The good news is that just being aware of them can help them start to weaken.  Try this:  The next time you hear yourself say ‘I’m not…’  add in the word ‘yet’.  As an example – “I’m not good at math…yet.”.  You’ve taken an absolute negative belief and with one word you’ve opened up possibilities.

Sometimes it only takes 1 good example to help you overcome a belief.  Maybe you believe that you can’t save money…has there ever been a time when you were able to successfully save money?  Do you know of someone you like, who’s similar to you who has been able to save money?  Is there anything really different about them?  If you can find an example that disproves the belief, you’re well on your way to being able to change that belief.

As part of your planning process for the new year, pick out 1 belief that’s holding you back (just 1 so you don’t get overwhelmed) and create a new paradigm that’s empowering rather than limiting.

Let’s say your limiting belief is:  “I’m no good at business…I don’t have the training, the education, etc.”.

What if we changed that to:  “I can learn to be great at business – I will find people who can help me and I will focus on getting where I want to be.”

Which of those statements is more true?  Remember this is about belief…and you get to decide what you believe.  As Henry Ford said so powerfully:

What’s holding you down?  I’d love to hear your thoughts on tips or tricks that you’ve heard or tried to help overcome these anchors.  Let me know in the comments below.

3 thoughts on “What’s holding you down in your business?”