What is your level of Performance?

What is your level of Performance? 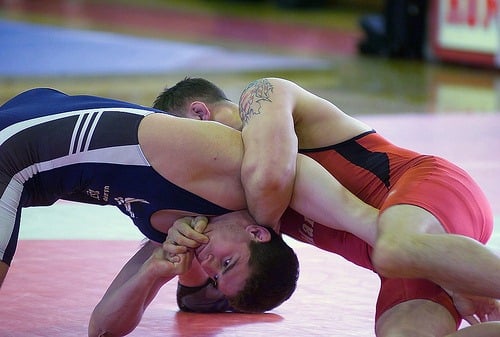 Imagine your business as an elite athlete…how would it compete against others in your field doing the same thing? I mean really compete head-to head; take the gloves off and the best person wins.

This past weekend the World Team Wrestling Trials were held in Oklahoma City. These are not characters of the WWE, Smackdown, or one of the other Pro Wrestling productions. These are the real modern day gladiators of one of the oldest sports in history. There are few sports that require the level of conditioning and commitment that is demanded of an elite wrestler.

This annual tournament is an event where men and women prepare a lifetime for the opportunity to represent the USA on a world stage. And ultimately, a chance to stand on a podium, as the USA Flag is raised to the sound of the Star-Spangled Banner. But in the end, only one person from a very limited number of weight classes earns the opportunity to move on to either the World Championships or the Olympics. Anything less than 1st Place challenges the emotional fortitude of the even the strongest willed individuals.

At this high level, physically most of the athletes are not that much different from one another. Yet some of the athletes clearly perform at a higher level than their opponents. What is the difference? What makes one athlete perform better than another on a given day? Certainly luck plays a part, but for many it’s the preparation leading up to the event.

What kind of preparation are we talking about? As an elite athlete you are already in great physical shape, so there has to be much more than just that.

“I’m a big believer in starting with high standards and raising them. We make progress only when we push ourselves to the highest level. If we don’t progress, we backslide into bad habits, laziness and poor attitude.”

“Raising your level of performance requires a proper mentality and meaning from within. This gives you the ability and drive to work on the things necessary to go to a higher level. When people ask me how to raise their level of performance, the first thing I ask is, How important is it to you?”

In the sport of wrestling there is no other single individual in the modern era that is more decorated then Dan Gable. Obviously top of the line as an athlete with a gold medal, but also as a coach where he lead Iowa University to 15 NCAA Championships over 21 years and he retired with a team record of 355-21-5 (94.4%)!!!!  That is a staggering percentage!  Imagine if you sold your product or service to 94.4% of the people who were potential buyers?!

Dan has many famous quotes, but the above quote is one that challenges every individual, regardless of their profession, to evaluate where there are today and where they want to be tomorrow.

Let’s face it, for most businesses competitors provide very similar products and services to what ever you offer. Success is not found by simply putting out a “widgets for sale” sign and hoping things go well.

Share your thoughts or give an example of one thing you are going to do to raise your level of performance in your business in the comments below. If you don’t want to share, write one down and put it in the corner of your monitor or on your bathroom mirror and hold yourself accountable to it.

2 thoughts on “What is your level of Performance?”