What are your words to live by?

What are your words to live by? 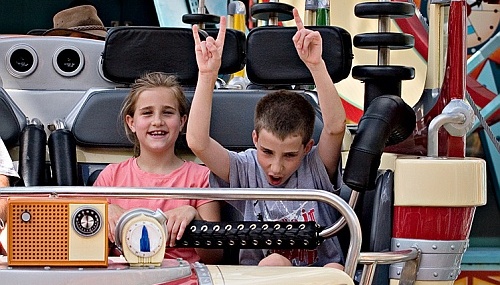 I realized I had developed a full fledged habit the other day when my daughter used my standard ‘morning’ phrase to me when I was leaving the house the other day.

With parenting, I’ve come to realize that there’s not really a good way to prepare for everything you’re supposed to do – as the kids get older, you encounter new situations and as the parent, you’re supposed to know what’s going on and what to do.

As an example, a few years ago when our kids starting going to school and waiting for the bus, I realized that I should probably send them out into the world with something a little more directional and (hopefully) inspiring than just – ‘See ya’ or the ever popular and simple ‘Good-bye’ as they walked out the door.

But what do you say in those kinds of situations?  I still haven’t found the user’s manual for our kids and I’m not sure it would cover those kinds of things anyway.

I played around with some gimmicky ideas like “Go get ’em Tiger!’ or “Knock ’em dead!”, but those didn’t feel right and actually don’t contain any real useful ideas.

Although I’m afraid it shows my lack of creativity, I ended up with:

“Be Good, Have Fun, Learn Something”.

Although it’s not catchy, now that I’ve been using it for a few years, I think I’m onto something.  I didn’t really intend it this way – but if you think about it, it’s a pretty good mantra to live by.

Although I think some rules were made to be broken and that it’s sometimes better to ask forgiveness rather than permission, in general it’s important to do the right thing and not get in trouble (especially for kids) – you really can’t go wrong with this one.

This is a piece of advice that I really feel strongly about (and it’s generally not considered important for adults).

When you think about it, most working adults spend more time with their business or their job then anything else they do – in a lot of cases, it’s more than half of your waking hours!

Don’t you think you ought to do more than just tolerate that time?  If you’re not in a position where you legitimately have fun at your job or your business (and I wasn’t a couple of years ago) – start making plans to fix that as soon as you can.

Life is too short.

This is another that I think gets overlooked a lot – who has time to learn anything?  In my opinion, if you’re not learning something, then you’re on the path to oblivion.  There are so many cool things out there that you could learn and it doesn’t take that much effort to get exposed to new ideas.

For me – I try to learn new stuff every day – a lot of it’s about technology or business, but I get a fair share of new ideas about philosophy or what makes people tick as well.  Someday I’d like to learn to play the guitar or relearn how to play Tennis or Golf or cool places to travel or how to take better pictures or…well you get the idea.

What do you live by?

I’m curious what other people use as a guiding principle for this kind of thing.

What’s your mantra – either to your kids or to yourself.

5 thoughts on “What are your words to live by?”