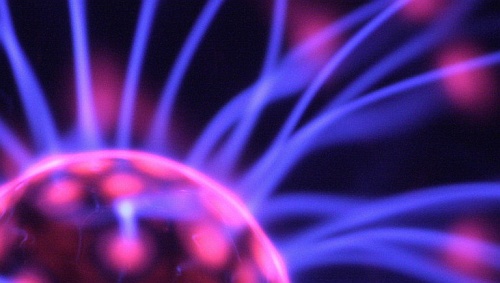 At this point it’s pretty much a cliche that Change is hard.  What’s new is the scientific understanding of why it’s hard to change – and how that understanding can help make change occur.

It is not necessary to change, survival is not mandatory.     -W. Edwards Deming

However that doesn’t make it any easier to deal with.

If you want to make enemies, try to change something.  ~Woodrow Wilson

So what is this science?

I came across a couple of articles that explain (in quite a bit of depth) this relatively new scientific understanding.  The first one is the Neuroscience of Leadership from Strategy + Business magazine.

The other one is entitled Change Management – Understanding the Science of Change from CIO magazine (they use an example from Blue Cross Blue Shield here in Kansas City to make their point).

Both articles are pretty technical – lots of discussion on brain chemistry, neuroscience and Quantum Mechanics, but certainly worth the time if it’s something you’re interested in.  I’ll attempt to summarize here – but check out the sources.

The bottom line is that your brain make-up and chemistry is designed to make routine actions (habits) easy and altering those habits difficult and even uncomfortable.

Think about when you’re driving your car along a route that you know really well.  Have you ever experienced a situation where you are driving and you suddenly realize that you don’t remember anything from the last 5 miles?

That’s because the thoughts and actions required for driving have ingrained into habits and you don’t need conscious thought to perform them.  You really are on ‘autopilot’.

Contrast that with the difficulty of driving on the ‘wrong’ side of the road in England or Australia.  I had the chance to do that when I lived in Australia and although I eventually got used to it, I still remember the first couple of weeks of driving being very challenging and requiring a lot of concentration.

It turns out there are a lot of physical reasons why doing something new is uncomfortable, including the fact that your brain has a finite capacity of working memory (kind of like your computer’s RAM).  At a minimum it will make you uncomfortable and push you towards your old behavior.

I’m sure you’ve been in a situation where you were incented to change – either with a reward or a punishment, some behavior that you were doing.

Studies show that although this might have a short term effect, it generally isn’t effective for long term fundamental change.  Depending on how big the incentives or punishments are, you may get different behaviors, but they likely won’t fundamentally change the original issue.

As an example, in a corporate setting I once worked at, the leadership of the organization punished anyone that raised questions or doubts on the viability of projects that were being worked on, with the idea that they wanted ‘positive’ thinking throughout the organization.

The result?  People stopped bringing up concerns (at least publicly) and would sit back and watch as train wrecks developed rather than step up and try to handle things.

Not exactly a great outcome for anyone.  Although this is probably a better example for poor leadership overall, the same type of outcome can occur in a more simplistic example of paying people a bonus to work longer hours to get something done.

People may work the longer hours, but my experience is that the overall productivity goes down and rarely do things get done more quickly.

So what does work?  Getting Buy In from the bottom up.

The explanation in the articles is pretty intense, getting into a fairly detailed description of an aspect of Quantum Mechanics, but the way I would describe what works is getting people to fundamentally understand – on their own – what the situation is and what needs to be done, and then reinforcing that understanding over a period of time in a positive manner to allow it to set as a new habit or pattern.

Although they don’t really describe it this way, my experience is that people will work much harder and smarter when they are part of the solution and have the opportunity to develop the details and the actions that need to be taken to address a problem then if they are dictated a solution and approach.

From a neuroscience perspective, this works because the brain is built to embrace insights and flashes of understanding, but they must be internally generated, you can’t force your answer or your thinking on someone else.

If you can make it their idea, then the change and the approach become much more likely.

However, they have to get their on their own and as a leader, you have to let them do it their way (within your parameters).

In addition to that insight – you have to continue to reinforce the learning.

A big part of the reason that coaching works is because it enables and encourages people to build new habits – overcoming the natural resistance over time.  Once that flash of inspiration has occurred, continued coaching and positive reminders of that insight need to reinforce the outcome.

In summary – here’s the recipe for organizational change:

1.  Clearly identify the problems or issues that you need to resolve.

2.  Let people come up with their own answers to the overall problem as a group.

3.  Focus on solutions – not problems.

4.  Reinforce, through coaching and positive mentoring, the actions and plans that the group came up with until you get the changed behavior.

It sounds overly simplistic, but when you’ve got neuroscience, Quantum Mechanics and biochemistry backing you up – I think you’re onto something.

What are your experiences with leading change (or being led)?  Share them here in the comments below.

2 thoughts on “The Science of Change”