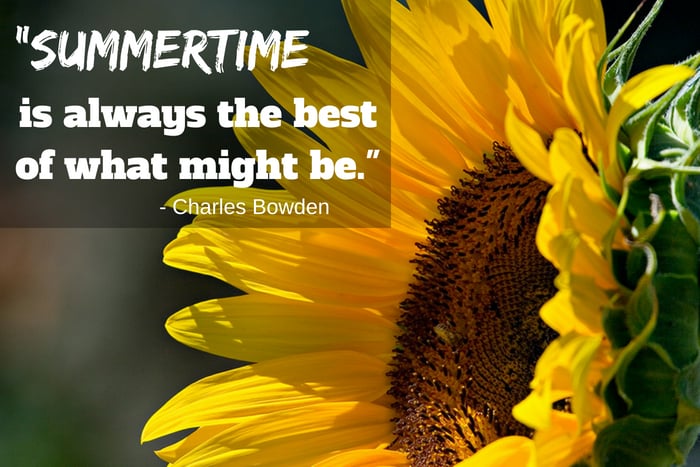 It’s likely that you’re familiar with the experience of having a burst of productivity right before leaving town on vacation.  Knowing that you only have a couple of days to get a lot of stuff done, miraculously decisions are made, your focus improves and action items start disappearing like cold drinks at a summer barbecue.

Why does this happen?

One way to look at it is that it’s a manifestation of Parkinson’s Law:

“Work expands so as to fill the time available for its completion.” – Cyril Northcote Parkinson

Parkinson initially made this observation as part of a humorous essay that he wrote for The Economist – a review of his work in the civil service, noting that if something must be done in a year, it will take a year, if it needs to be done in a week, it will take a week.  Despite the tongue-in-cheek origin of the idea, I think most of us would agree there’s more than a little truth in the statement – both for our own productivity and that of any teams that we might work with.  Or course this doesn’t mean you could take a month’s worth of work and get it done in a couple of days – but it’s probably safe to assume all of us could be more productive.

How?  Either by staying on top of things, by prioritizing what’s really important, or being pushed to develop smarter, faster ways of getting things done because we have to (‘Necessity is the mother of invention…’).

What would it take to unlock that next level of  productivity?

Consider the example of Tower – a San Diego based company that makes Stand-up Paddleboards (and related surf lifestyle products).  A few years ago founder Stephan Aarstol made a leap of faith and decided to cut their company hours to 25 hours a week, while still paying everyone a full-time salary. However he didn’t just jump blindly into this idea – when he proposed the idea to the team, he made it clear that the outcome needed to be revenue neutral (worst case). He could keep salaries the same but only if revenue and productivity stayed the same as well.

What happened?  You can read a full article on it here – What Happened when my company moved to a 5 hour workday – but the  gist of it is that his revenue grew by 40% the next year (while primarily sticking to the 25 hour workweek) and he has some really happy employees.

I’m guessing your initial thought on this topic is something along the lines of:  ‘Wow- that’s interesting… but it could never work here.’   You might be right and cutting back to only a 5 hour workday is definitely a big jump, but I firmly believe that most people, most teams, most companies could implement some variation on this idea and come out ahead.

The name of the game for a small business is employee productivity.  Most of your expenses likely come from your employees – so the more productive you all are as a team, the more valuable your company is, the more profitable you are, the healthier you are.  In the case of Tower, they were able to cut their hours by 37.5% and increase their productivity (as measured by revenue) by 40% – that’s pretty amazing any way you slice it.  But it still begs the question if this really applies to anyone or are their only a few teams that will actually respond in a positive way to this idea?

Let me ask you this – do most people experience that pre-vacation surge of productivity?  I believe they do and that coupled with Parkinson’s Law means that almost everyone could become more productive if they had to.

The CEO of Tower initially ran this idea as an experiment with summer hours just to see how it might work.  I mentioned a couple of years ago that I have a friend who routinely implements Summer Hours – primarily so he can spend more time with family while they’re off of school.

What if you decided to give this a try?  Rolling out special hours for summer could be an easy way to test the waters and since you’re treating it as experiment there shouldn’t be any long term impacts if it doesn’t work out well.  Of course a big part of doing this is that your team has to understand that the only way this works is if they can continue to get everything done as needed – there should be an easy and obvious way to measure that.  That means they might have to increase their sense of urgency… or they might have to make some fundamental changes in the processes and systems used to get things done.

Either way, if you can pull it off you will have fundamentally transformed the team’s productivity numbers and expectations for the better – and that’s the kind of fundamental change you can build on going forward.

What do you think?  How could improve team productivity using this idea?  Is summer the right time for you to try this?  Would you be willing to do it?  What would your team think?  What would you learn from it?

We’d love to hear your thoughts – leave us a comment below.