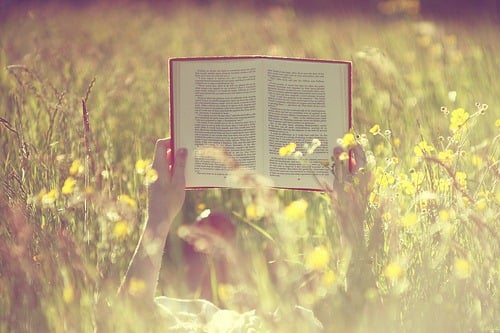 A friend of mine does a really cool thing every summer.  Once his kids are officially out of school he starts ‘Summer Hours’ for his business.  Basically he takes every Friday off during the summer – primarily so he can spend it with his kids, but also so he can recharge and attack his next big thing with inspiration and energy!

In his particular case, summer works out well, both for him personally, but also for his industry where his clients and prospects tend to be harder to reach due to travel, vacations and kids being out of school.

In my case, I could potentially do a variation of summer hours but a better idea might be when things naturally slow down during the winter holidays (basically the time between Thanksgiving and the end of the year).  Taking a big chunk of that as time off wouldn’t cost much in missed opportunities and would give me a great chance to breathe and look at the big picture!

What about you – do you have Summer Hours?

Right now I’m imagining a lot of you reading this are thinking…”What world do you live in?  I can’t find the time to go to lunch and I’m lucky to see my family at the end of the day, much less take a whole day off every week during the summer!”

Realistically for most business owners a full day off during the summer isn’t practical, but it is a great future goal to shoot for.  In my friend’s case, he has employees who aren’t taking Fridays off, so work is still getting done and he’s making money on his day off.  That sounds like a pretty smart move to me!

In fact, the process of pulling yourself away from the day to day…even if it’s for a brief period, would help you establish the precedent that you don’t personally have to be involved in every single transaction, activity and minute of your business.

Try this:  Figure out a block of time (at least a few hours every couple of weeks) that you can claim as your summer hours.  Maybe it’s every other Friday afternoon, maybe it’s coming in late on Monday mornings…or maybe it’s being home by 4:00 on Tuesdays and Thursdays so you can get a glimpse of your kids!

Whatever you think you could make work, block it out on your calendar and then make sure actually shut all the work stuff down and use the time for you.  You’ll be better prepared to handle the stresses of owning a business, you’ll be more creative, more relaxed and overall you’ll get just as much done as you would if you tied yourself to the desk for that same period of time.  Studies have shown that productivity drops dramatically as you get around 40 hours of work per week…making all that over time not terribly useful (and really stressful).

I’d love to hear your thoughts on Summer Hours – share them in the comments below.