Need to change? Is your head on right?

Need to change? Is your head on right? 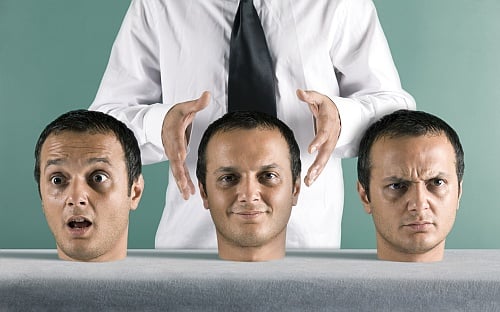 You’d like to make more money, you’d like to have more time in the day, you’d really just like things to run better.  However the system you have is perfectly designed for the results that you’re getting.  In other words, if you want a different outcome, then you’re going to need to make some changes.

Change – that’s a tricky thing.  A few months ago I wrote about the Formula for Change that explains the different components it takes to overcome the resistance to change.  In large organizations, that resistance can take on many forms, but for business owners, most of the time the resistance can be found between your ears!

While it’s important to figure out the technical side of what you want to change (i.e. new process, system or whatever) it’s more important to get a handle on what your resistance is and where it’s coming from.

These days a very common form of resistance to change…or head trash comes from fear.  A dose of the evening news can generate a lot of fear – as can talking to negative friends, co-workers or just people on the street, unfortunately there are a lot of ways to generate fear.

I must not fear.
Fear is the mind-killer.
Fear is the little-death that brings total obliteration.
I will face my fear.
I will permit it to pass over me and through me.
And when it has gone past I will turn the inner eye to see its path.
Where the fear has gone there will be nothing.
Only I will remain.

There are also lots of kinds of fear: fear of failure, fear of success, fear of public speaking, fear of being judged, fear of change, fear of peanut butter sticking to the roof of your mouth (Arachibutyrophobia – apparently that’s a bigger deal than I would have thought).

The point is that it’s possible there are elements of fear that are keeping you from making changes to how you do business.  What are they?

Other sticking points for change

It may not be fear, there are other things that might be leading to a high resistance to change.

Maybe you have a culture that values tradition and maintaining the status quo.  I’m sure you’ve worked with people that are stuck in the mode of “that’s how we’ve always done it”.  With the pace of change in the world today, this kind of environment isn’t going to survive for long.

In some cases, there might be a culture of challenging everything, just for the sake of challenging.  I’m pretty sure my kids are falling into this trap – they just like to argue about certain things, just to argue.  Although annoying, this is easier to deal with than some other potential road blocks.

Finally – I think it’s safe to say that some people are just stubborn and unwilling to change just on principle.  Whatever the cause, as long as the resistance to change is really high, it’s going to be very difficult to implement new ways of doing things.

There aren’t any easy answers – I had a great conversation yesterday with Joyce Layman, an associate with Pacific Accord.  They specialize in helping people and organizations identify resistance and head trash and figure out how to work through it.  She’s doing a lot of really cool things, including some work with non-profits and high risk children (and adults).

If you think you might be stuck, especially if you think it’s more of a company culture type of thing, then I would definitely suggest giving Joyce a call.

Alternatively, when you recognize that you need to change but can’t seem to get things moving, take some time and try to identify where your resistance is coming from.  A lot of times, if you can recognize it and bring it out in the light of day, it will lose some of it’s power – maybe enough to let you move forward.

Where does your resistance to change come from?  Share your thoughts or experiences here, I’d love to hear them.

2 thoughts on “Need to change? Is your head on right?”