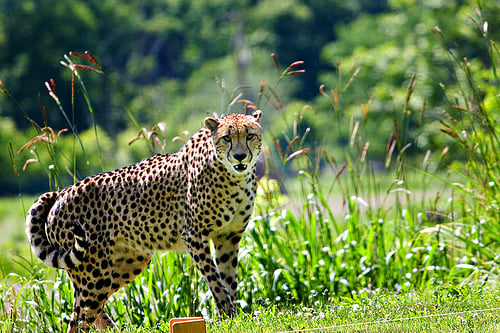 If you’re in the market to sell something (product or a service), you know you’ve got a huge competitive advantage when you can give your customers a unique experience.  Just this last weekend, the Kansas City Zoo offered up an opportunity to see and experience something totally different.

If you live in Kansas City, then you know that the Zoo has had a rough go of it for quite a long time – including most recently a lot of issues with funding.  However if you haven’t been for a while, you ought to go check out the recent improvements (with more on the way).  The changes to the front entrance are mostly cosmetic, but they do a great job of streamlining entry into the Zoo proper and really add to the overall welcoming feel.

More importantly, the addition of a nice North American Otter exhibit right at the entrance is a great step in the right direction.  Everyone likes Otters and they’re usually doing something interesting and playing with each other.  It now feels like there’s stuff to look at throughout the Zoo, not just the far corners.

On top of the new additions and the landscaping / architecture changes, a donation was made recently for enrichment for the Cheetahs – see the story at the Kansas City Star on

Zoo Cheetahs taken for a chase (don’t miss the video on the right hand side).

We went on Saturday morning when they duplicated the process described in the article as the start of their planned monthly program.  They were going to run the track twice, but the Cheetahs managed to break the line (or take it off the pulleys) so they could only do it one time on Saturday.

However without any real advertising (outside of the story in Star that was on the 3rd page of the Local section) they were past standing room only at the exhibit 20 minutes before the planned start time (which is when we go there).  I would estimate there were at least 50 people waiting for an extended period of time on a pretty hot morning – all for a 2 – 3 minute exercise burst from the Cheetahs.

And you know what – it was totally worth it!

How many times have you had the chance to see a Cheetah run, even at 1/2 speed 20 feet away from where you’re standing?

We go to a lot of zoos, and I can safely say that this was the most animated, interested and excited I’ve ever seen zoo animals. 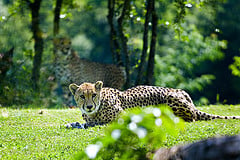 Even after the chasing was done, they were intrigued by the lure and they didn’t want to go back into their ‘barn’ so the keepers could fix the problem (that’s why they didn’t end up re-running it).

We hung around for at least a 1/2 hour and the Cheetahs did more interesting things during that time than all of the other times I’ve seen them combined.  (you can see more pictures on my flickr account).

Considering the turnout and the general feedback I heard from people around us, this is the type of thing that would be perfect for a word of mouth marketing campaign.

Here are a couple of thoughts that the Zoo could pursue to take advantage of this opportunity:

I’m sure there are other ideas out there – there’s a lot of great potential at our Zoo, but we have the reality that we are surrounded by at least 3 world class zoos that I’m aware of (Omaha, St. Louis and Denver are all amazing…and have a lot more funding).  So the bar is high, but with some creativity, cross metro funding and the right approach, the Zoo could be a real drawing card for the metro.

My big complaint with the Kansas City Zoo

In general, I think the changes going on at the Zoo are great, but something has to be done about the Tiger exhibit.  As it stands now, I would rather not have a Tiger exhibit (my favorite animal to see at any zoo) than to continue having those 2 Tigers cooped up in a 40 foot cage.

By contrast, we recently got back from Orlando and spent some time at the Animal Kingdom Park, which has by far, the best Tiger exhibit I have ever seen.  Not only do they have 6 or 7 cats, they have areas that are close to 1/2 acre in size (and feel bigger than that) but you can still get great views from several different vantage points.

I know the Disney corporation has a lot more money, but there’s got to be a way to use all of that empty space in the Kansas City Zoo and give the Tigers some room to stretch their legs.

Here’s a picture of one of the Tigers from the Animal Kingdom, imagine being able to see something like that in our own backyard! 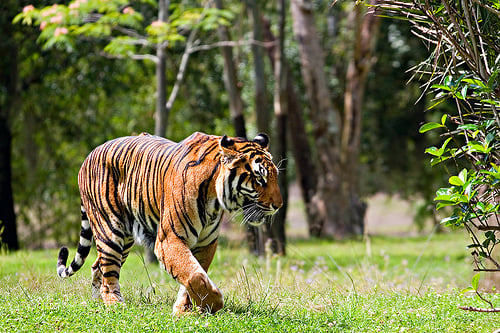 Have you been to the Zoo lately?  Maybe it’s time to check it out.  Share your thoughts here on other things they could do to improve the experience.

1 thought on “Kansas City Zoo has a great Marketing Opportunity”