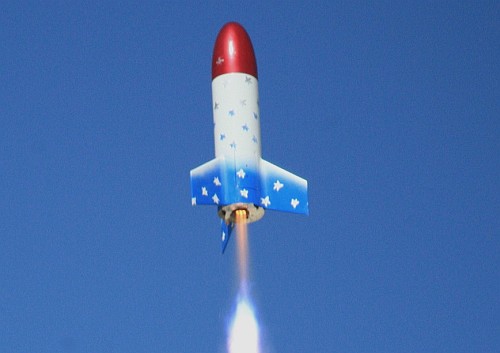 The American way is the creative and entrepreneurial spirit that remains strong even in the face of a terrible economy, bad news and a lot of reasons for people to be depressed.

I was fortunate enough to participate in the Kansas City Startup Weekend this past weekend and I came away with a new level of respect for innovation, creativity and  the ability for inspired, committed people to get stuff done.  A big thanks to Dan Melton at nptLabs for organizing the event!

If you don’t know, Startup Weekend is a celebration of the startup process – but the coolest part is that the attendees aren’t guests, but active participants that are on their own to make things happen.

How does Startup Weekend Work?

Here’s a quick overview of what happened:

Not all of the original 8 ideas survived the first couple of hours and at least 1 idea ended up being a complete new entry after the fact, but the general direction of most things held up fairly well to the initial pitches.

What were the Startups?

Here’s my quick recap on the different teams – you can see lots of additional information at Kansas City Startup Weekend site.

I was fortunate enough to work on the TopChirp.com team, headed up by Simon Kuo.  The concept for TopChirp.com is that while twitter is growing immensely and there are lots of powerful things you can do with it, twitter is focused on ‘What’s Going On Now!’ with very limited practical ways to find historical posts or share them with the world.

Ultimately the idea is to make the most important twitter posts more meaningful by keeping them in front of people and allow other users to weigh in on them.  Additionally, this becomes a way to mine the twitter data in a way that’s not currently possible.

My Take:  Although we didn’t win, the ability to start with absolutely nothing and deliver a working application was pretty amazing.  The tech team did a fantastic job making things happen.  I got pulled away from the team for some family obligations for part of the time, but overall it was a great experience and I really enjoyed working with the team.  TopChirp as an idea is worthwhile and the team is interested in continuing to support it to see what might happen.

RareBrew.com was a late entry, but that certainly didn’t hold them back.  Click the link to check out the site, but it’s a full fledged online community devoted to the pleasures of unusual and rare teas from around the world.  The idea is to support a focused and passionate community and offer Tea and Tea related products as a revenue generator.

My Take:  RareBrew also didn’t win, but they did create what seems to be a fully realized community site that I think can be really popular within it’s niche (which is a great place to be).

Annotify was built around the idea that the internet is based around documents and people like to share their annotated documents for work or with their friends.  The technology would be to take a copy of a webpage and annotate it to your heart’s content and then share that with the world.  It’s a tough technical concept to pull off, but they did get a demo up that mostly worked.

My Take:  Annotify took 3rd in the voting – the demo was rough, but you couldn’t miss the energy and enthusiasm that the team put into it.  It’s a cool technical idea, but probably difficult to monetize even if you can solve all of the technical problems.

Eussi is a really interesting idea centered around making old issues of print magazines available online (eussi is issue backwards…back issues…very clever!).  The idea is to replace the old print ads with new digitized ads as the primary means for monetizing the business.

My Take:  I think there would be a lot of interest in this idea assuming that you can get the publishers to play along.  It’s an uphill climb from a legal perspective, but it has possibilities.

Treadex is an interesting idea, born out of the observation that there are a lot of out of work bike riders that hang out at the Broadway cafe that could be put to work as couriers if there was only an easy way to hook them up with potential clients.  Treadex would act as an online clearinghouse – hooking up would be bikers with people needing stuff delivered.

My Take:  Initially I thought this idea was dead on arrival, but the team did a great job laying out how the service could work (and get around the legal issues).  Bike couriers are huge business in other cities – Kansas City probably would benefit from something like this, I hope they can make it work.

CovalentBonding.net is an idea that the team lead, Josh has had for a while, but didn’t necessarily know how to move forward.  Essentially Covalent Bonding addresses the fact that scientists don’t have an easy way to collaborate with other researchers that they aren’t already working closely with.  Especially during the discovery phases of research, it can take years for results on work to get published – work that might immediately benefit someone else’s efforts to find a cure or solve an important problem.

My Take:  This was clearly the most important and different idea of the weekend.  The ability to use Social Media technology to connect disparate people and efforts and bridge the gap on critical issues like medical research is a fantastic idea – and not that hard to imagine.  The team and Josh did a great job explaining the need and how the solution could work.  Covalent Bonding came in 2nd overall by the narrowest of margins!

Myconcerts.fm rocks!  It’s a simple, but great idea that has a lot of possibilities and you can use it RIGHT NOW!  The idea is to use twitter to notify you when one of  your favorite bands is coming to town – and you can buy the tickets from their site.  It’s easy to use and they were able to get it fully functioning in a great interface over the course of a couple of days.

My Take:  The MyConcerts team did a great job solving a problem they were passionate about – it was clear that this was something they were really into and that really translated into a cool product with possibilities.

Stashmate.com was another great example of a straightforward idea that solves a real problem in a new way.  Stashmate answers the question “How do I keep track of all my stuff when it’s packed in a bunch of boxes?”.  Anyone that’s been in a move, knows the frustration of finding your stuff later – this is a slick application to solve that problem.

My Take:  Stashmate is very focused, but I can see a lot of useful ways to use the functionality, including sharing storage space at work.  It’s not likely to be a huge money maker, but it could be a handy and valuable tool.  Great job on the design.

Activism2Go (Activism2go.com) was the winning entry for the weekend.  Put simply it’s a smartphone application that replaces the functionality of fundraising / polling phone banks.  However it taps into a much bigger trend that people want to help and volunteer for causes they believe in, but they want to do it on their own terms (and when it’s convenient).  This app would allow you to make a few fundraising calls when you had some time without requiring the volunteers to go into a call center.  The concept is fairly simple, but it’s a brilliant way to change the way people do things.

My Take:  CovalentBonding maybe the most important of the ideas overall, but Activism2Go may be the idea that can make the biggest impact in the next couple of years.  It’s a brilliant realization on how to fundamentally change a limiting mindset – and they got the app up and running by Sunday night.  Very well done!

Although all of the products are potentially viable businesses, it doesn’t really matter if they succeed in the long run or not, the important part was keeping the energy and innovation alive – great contacts were made, fun was had and it’s even possible that the world might be a better place for it – not bad for a weekend!

Share your thoughts in the comments below, I’d love to hear what others thought!