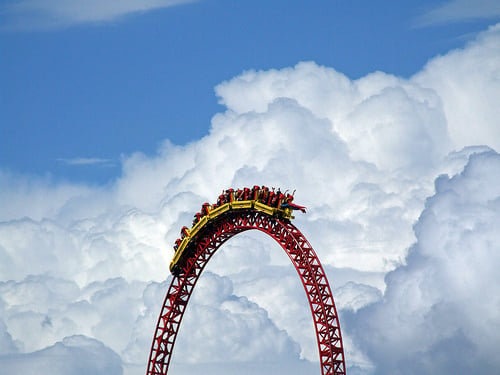 There are  a lot of things you can learn about advertising and marketing – there are hundreds of books, online courses, blog posts and ideas floating out there.

Some of them even make sense and don’t contradict each other…!

But there are a few things that seem to be fairly common – simple in concept, but not easy to pull off consistently.  Especially when it’s just you hanging out by yourself trying to pull together a flyer, a mailer, an ad – whatever it might be.

The first thing that’s important is to know who  you’re talking to – who’s your primary target audience.  I won’t go into details here, but this isn’t as easy as it sounds.

The second thing you have to do…absolutely have to do is catch their attention!

Write a headline that grabs them – post a picture that makes them think or look.

The last couple of things you have to do to really seal the deal.  You have to paint a picture of what’s meaningful as a benefit to that target audience (what’s in it for them?).  And finally, you have to get them to take some action.  If you get everything else right but they don’t take any action, then no sale for you.

Below are a couple of examples that might help you pick up some ideas of what I mean.

There’s an ad running frequently on the radio stations I listen to during the day that really grabbed my attention the first time I heard it.

The product is Evercleanse, a weight loss and detoxification product that cleans out your body.  How’s this for some imagery:

Red meat, processed food…creates a lot of waste, that some experts say is trapped to the colon walls like spackle or paste!

You can listen to the radio ad on their site.  Although I don’t think I would buy the product (especially after researching them on the web), the ad is effective.

They clearly target people that are trying to lose weight.

They catch your attention by painting the picture that you’re carrying around 10+ pounds of ‘waste spackle’ on the inside of your colon that’s built up over a lifetime of bad eating.  I have no idea if that’s true, but it sounds credible and it gives them an opportunity to be a totally different approach to weight loss.

The benefit?  I don’t have to diet or work out, I just have to purge the crap out of my system – gross but plausible.  I don’t think I could pull the trigger on it, but it was enough to make me wonder if it would work.

Finally their call to action is just okay – they give you a phone number and the website and promise a special offer.

Example 2 – be quirky, goofy and demonstrate

The other product ad that caught my eye recently (this time on late night television) was Shamwow (careful – a video of the commercial starts automatically and it’s pretty loud).

This is an old fashioned infomercial style ad that really embraces the cheesy spokesman who is clearly a master of the sales patter.  He catches your attention with his voice and patter right off the bat.

The target audience is kind of fragmented – is it people washing cars, cleaning up messes, taking showers, drying the dogs or hairy people?  My personal opinion is that they try to do to much with one ad, but I’m sure they cut down on costs that way.

Where the ad really shines is the demonstration of the benefits – not only do you hear that you can clean up a mess with one pass, they demonstrate it on a bunch of different stuff.  There are actually some pretty amazing visuals.

The demonstrations provide a lot of credibility, but they may take it just too far – some of the examples look too good to be true.  (By the way, this is another product you should research before you buy – the general feedback is pretty bad, although some of the reviews are funny!).

Finally they make a somewhat compelling call to action that if you call within the next 10 minutes you’ll get double the amount of product for the same price.  Of course that sense of urgency isn’t terribly real when you go onto the web and see that the special offer is really just the baseline apparently it’s an infinite 10 minutes!  Nobody likes to be manipulated that blatantly.

I don’t know that I need this product, but the ad made me want to check them out – which is the purpose of marketing.

But…there’s a Web 2.0 downside to both products

5 to 10 years ago, both of these ads would have likely done much, much better than they will ultimately do in 2008.

The big difference?  With a really simple google search, I can find dozens of comments on what real people had to say about the product.  Nothing’s ever going to make everyone happy, but when more than half the comments that you find in a quick search are extremely negative you really have to think twice and a lot of people won’t buy it.

So the real question is – at what point will these products that are flashy, with effective marketing but ultimately flawed and disappointing stop being sold?

1 thought on “Is your marketing eye-catching?”