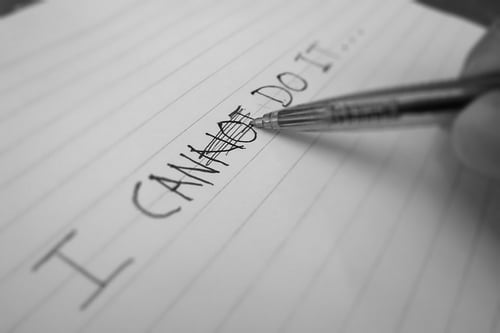 If you’re like most business owners (or people for that matter), you’d like to make more money, work fewer hours and enjoy what you do – that combination is the updated version of the American dream.  However for most of us, reaching that kind of outcome requires significant changes to what we’re doing now.

As a quick sound bite, that’s very inspirational, but it leaves a few things out.  I’m more partial to Gleicher’s Formula for Change – developed almost 40 years ago by David Gleicher and Richard Beckhard (who apparently got shortchanged in the recognition category).  Their formula was developed as a way to look at the relative ingredients required for success in organizational change, but I think it works well for change initiatives overall.

If you’re not familiar with it, here’s Gleicher’s Formula for Change:

Simple right?  Actually it is fairly straightforward, but not necessarily simple to do.   Here’s what the formula means:

So the idea is that the product(multiplication) of DV and F must be greater than the overall resistance to change.  So if any of the 3 components are low or close to zero, then it’s unlikely that the change will be able to overcome the resistance.

Let’s look at what this means in a little more detail.

How many times have you been in the situation where you’re trying to get something done, get a new process or system implemented, get rid of outdated tools or maybe even something like lose some weight and then it just ends up falling by the wayside.

One possibility for the failure is that the dissatisfaction for the current situation either isn’t very strong or doesn’t really exist.

This happens a lot in corporate environments where there’s a ‘company’ mandate to get something done, but there’s never an explanation for why the status quo is a problem…in short, there’s not a pressing need for the change to occur and eventually the initiative will either die a quiet death or get escalated with more urgency.

This also comes into play if you’re trying to sell a solution to a customer.  You know your product is better, you know and can communicate the long term benefits and you know and can communicate exactly how they could implement your solution.  However, if it turns out the prospects really don’t mind the current situation, you are never going to close the sale.  This is exactly what’s covered in Spin Selling (a great sales book by Neil Rackham).

When  you’re trying to change, you are changing to something, but unless you can paint an extremely clear picture of an end result that everyone can understand and buy into, you will not have support and more than likely the initiative will fail.

A detailed vision that people can believe is important is so that you have everyone that’s impacted pulling in the same direction.  If everyone is clear on what the outcome is, then they can start actively finding better ways to solve problems to get there.

It’s hard to get excited or make tangible progress towards a goal that is fuzzy.  A goal of ‘Make More Money’ might be exciting, but it’s not specific and because it’s not specific it’s not credible.  Does it mean make an extra $10 per week or $10,000 per week?  My commitment level would be different for those two scenarios and non-existent without some clarity.

Finally, without a compelling vision (detailed or not) you aren’t giving anyone a reason to take action.  You might be in pain and you might know what steps you can take for action, but without having a destination, it will be very easy to get off course and lose your way.  This is like the really smart person that hates their job, but they don’t really know what they want to do…so they stay in a job they hate because it’s not possible to overcome the resistance to changing without a viable vision of where they’re going!

This is where a lot of change initiatives get bogged down.  You’re dissatisfied with what you’ve got going on, you are excited about a clear and tangible vision for the future, but you have no idea how to make that vision happen.

Everyone knows someone that would like to lose weight.  The problem most run into is that it’s not clear how to actually make that happen.  They see success stories so they know it can be done, but without having a clear idea of how to start (one that they believe will actually work) the whole process is stuck before it gets started.

First steps doesn’t mean you have to have an explicit map for the entire effort, but you need to take action that makes sense and moves the effort forward (towards the vision).

R = Resistance to the Change

Resistance really depends on what you’re trying to do.  At an individual level, the resistance to breaking habits can be extremely difficult  Exercising, smoking, drinking, eating are primarily driven by habits (with some substance abuse issues in there as well).

At more of an organizational level, there is still individual resistance but there’s also organizational resistance.  People will ask…What’s in it for me?  Maybe a change is good for an organization over all, but if it makes the job harder for the Sales department, it’s likely they’re resistance will be high.  They will need to feel the dissatisfaction and appreciate the vision for themselves to overcome that resistance.

It’s certainly possible to make big changes in your business on your own, make more money, work less hours, etc. but you’re more likely to succeed and succeed more quickly…and have more fun if you’re working with a coach.  I happen to know a coach that would be happy to talk about the changes  you’d like to see in your business…!   ;-)  Give me a call and we’ll talk – I’d love to hear your thoughts on change in the comments below.

3 thoughts on “How to scientifically make change happen!”