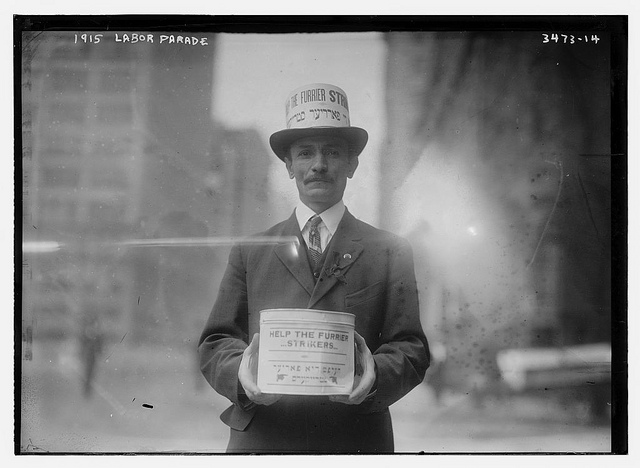 If you were to conduct a person-on-the-street survey of what you think about when you hear “Labor Day” the most common answers would probably be responses like the end of summer, back-to-school, the start of football season, or time with family and friends.   Those replies are all part of this annual holiday we celebrate the first Monday in September each year, but as a business leader we should remember why the day was created in the first place.   Here’s why….

Once upon a time….

Back in 1882, a machinist in New York City, Matthew Maguire proposed the first Labor Day in the United States.  Canadians who share the same Holiday with their friends to the south tie the roots back even further to 1872 when workers were trying to establish a 54 hour work week.   In both countries most of the early events centered around worker’s rights (hours, conditions, wages) and included parades or marches, some were peaceful, some of them turned violent.

Oregon was the first state to make Labor Day a holiday in 1887.  It didn’t become a federal holiday until 1894 after a confrontation between protesting railroad workers and military personnel that had been sent became deadly.  Just 6 days after that strike ended, President Grover Cleveland and Congress officially made Labor Day a federal holiday in the United States.   That same year Canada also agreed to make Labour Day a national holiday.

The first Monday of September would be that day.

Where we are today…

As our nation races forward into the 21st century, Labor Day, like most of the other major Holiday’s has been commercialized to the point that the specific reason it was created is almost forgotten.

“Labor Day, ….is a creation of the labor movement and is dedicated to the social and economic achievements of American workers.”                – US Department of Labor

Historically, the labor movement has been about the working conditions and expectations of the employees.   In the last 100 plus years a lot has changed in terms of technology and working conditions.  You could even argue what is considered “work” has changed dramatically.  Think about it….would a laborer of 1882 even view running some of today’s automated equipment work or play?

Though our view of work, certainly from the physical aspect has changed, the issue at the heart of the matter hasn’t:

Treat your employees with dignity and respect and pay them a fair wage for their contributions to your business.

Make this part of your company’s values.  If that statement was always upheld, one could argue there may have never been a “labor movement”. Your employees…any employees, want to work somewhere where they feel valued and where they can make a positive impact.

Today most successful businesses operate under a code of values.   The companies that truly run their businesses with their values are the over achievers in their industries.  One of the common values found in most companies revolves around language that emphasizes dignity and respect, not only inside the business, but also with clients and customers.   It will be phrased in different ways, but dignity and respect are at the heart of those values.

We wish everyone a very enjoyable Labor Day Weekend.  We encourage you to take some time to reflect over the Holiday weekend and remember why we celebrate the day in the first place.   As always, we value your comments in the space below.