Have you seen the Scary side of Social Media?

Have you seen the Scary side of Social Media? 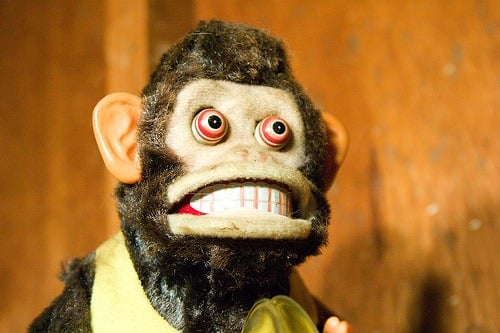 Social media gets lots of hype – some of it’s even justified!  There are more than 400 Million users on Facebook (and they’re spending more time on there than ever before).  Businesses are rapidly jumping on board and starting to figure out how to participate and you can’t swing a cat without hitting a new alternative social media application like Foursquare or Biznik.

However it’s not all sunshine and roses in Social Media land – in fact there are some things going on that are downright scary!

Here are just a few of the most recent updates that I found to be disturbing:

One of the things that people have traditionally been worried about in terms of participating on Social Media is the potential for others to say bad things about them or their company.  Typically it’s not been a huge issue because the culture of Social Media leans towards transparency – if you don’t have a picture and a real name, people don’t tend to take you seriously and most people won’t post really bad things if their name is attached to it.

However things may be changing – check out this article from Time magazine on a new platform that’s coming out soon:  A New Website for taking shots at your boss!  The new site is called Unvarnished and it allows anyone (over the age of 21) to post anonymous critiques (good or bad) about other people.  The site is going to require people to authenticate and register with their Facebook profile (in case of lawsuits) but short of that you won’t be able to tell who’s talking about you.

The latest growth trend in social media is around location based applications.  The idea behind applications like Foursquare and Gowalla is that you can check in via your mobile device and let people know where you are (and add commentary if appropriate).  It’s something different and a lot of people are playing around with the idea.  There are actually a lot of positive potential business applications – especially for retail.

Unfortunately, the concept also lends itself to Bad Things Happening – check out this post by Melissa Jun Rowley – Fourscared and Fourscammed.  She goes through several examples of harassment and threats triggered by checking in to a location based application.  The fact that people can know where you are in real time isn’t necessarily a good thing and I can easily see this kind of thing getting worse as more people understand and use it.

Farmville is social game on Facebook where you virtually manage your own farmstead, including cows, chickens and other farm related stuff (I haven’t played, so I’m a little vague on the details).  Essentially it’s a farm simulation…that’s so amazingly popular that over 80 Million people are playing it!  The equivalent of 25% of the US population are playing a farm simulation…I’d venture to guess that’s more people than have actually been to a real farm at some point in their life!

Even worse – Farmville addiction is starting to impact people.  There’s the story about a 12 year old boy in the UK who racked up the equivalent of a $1400 credit card bill, all on Farmville.  There’s also the story about the City Councilor in Bulgaria who was fired for spending too much time on his Farm (his defense was that the other city councilors were higher level than he was)!

What scary Social Media stories have you heard?  Technology is clearly taking everyone into new ways of communicating, interacting, playing and working.  It’s not a surprise that there are some potholes in the road…the question is are they going to get worse as we continue?  Share your thoughts below, I’d love to hear them.

4 thoughts on “Have you seen the Scary side of Social Media?”