Have you gotten into the Shark Tank yet?

Have you gotten into the Shark Tank yet? 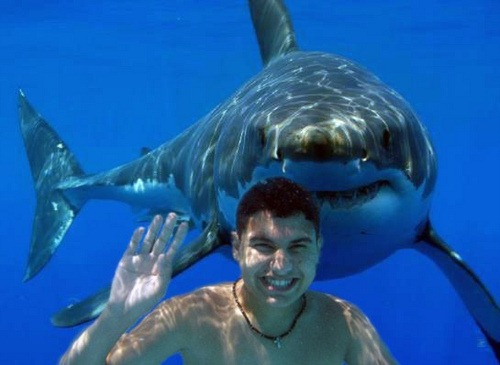 I had a chance to catch the 2nd half of an episode of Shark Tank over the weekend (I saw the last half of Episode 7 if you’re looking it up).

If you’re not familiar with the show, it’s a 1/2 hour reality show where aspiring entrepreneurs pitch their idea or business to a group of self-made multi-millionaires who have made their money by wheeling and dealing, creating, buying and selling businesses (the Sharks).

The business owners have an opportunity to raise money and make a deal on the show – either as an investment or a buyout.  They’ll pitch their idea and then ask for an amount of money in exchange for a portion of the business.

The Sharks are all legitimate business gurus, and they’ve got big personalities and egos to go along with it.  They don’t seem to like each other very much and there’s a lot of back and forth that has little to do with the business ideas – hard to tell if it’s staged much, but it does make for good TV.

Here’s a couple of the ideas that were discussed in the episode I saw:

I only caught 2 of the business ideas on the repeat I saw this weekend.  The first one was BoogieBoxFitness, a fusion of dance, kickboxing, cardio and more.  Their request was for $700,000 in exchange for 70% of the business to do a ‘Hollywood’ like rollout of a home DVD product for the masses.

The end result?  They have a relatively unproven product and they were asking for too much money to put into a 1 shot chance at success or failure.  The advice given, which I thought was strong, was to start smaller, keep expenses down and prove the product and market out before jumping in with both feet.

The second idea that I saw was Soy-yer Dough.  Soy-Yer dough is a gluten free alternative to Play-Doh for kids who are allergic to wheat products.  Although it’s a fairly new product and the inventor is still making it in his mother’s kitchen, they do have traction and they’re generating positive revenue over the internet.

More importantly, the inventor also has a patent pending and apparently has received a buyout offer of $500,000 from Play-Doh!  He was asking for $125,000 in exchange for 25% of the company.

There’s a couple of interesting points to the discussion:

1.  Apparently 1 out 8 kids has a problem with wheat based Dough, so the market is fairly large and with a patent it would be protected revenue.

2.  The inventor isn’t really just looking for a quick buyout (or he would have likely gone after the initial Play-Doh offer).  He wants to create a business in his home town that will create jobs and help the community.

The end result?  One of the Sharks (Kevin) has  extensive experience in licensing and negotiations so most of them defer to him as the expert in the space.  He offers $125,000…but for 51% so he’ll have full control of the negotiation and assures the owner that he will give him a much better deal than anything on the table.

If you do the math, Kevin is promising a buyout deal of more than $1 Million (in order to get the 49% payout above the $500,000 initially promised for 100% offer.  Clearly not a great deal for the inventor, but he knows he needs some help.  Luckily for him, two of the other Sharks agree to buy in as well – giving him a total of $300,000 for 51%.  That’s a slight premium as compared to the un-negotiated offer that was already on the table and probably a good idea, marrying up his idea and patent with strong experience and business contacts.

Overall, it’s an interesting show and I’m glad to see some focus on TV about business deals and entrepreneurs (that’s not as cheesy as The Apprentice was).  Have you seen the show yet?  What do you think of it?  Share your thoughts below.

1 thought on “Have you gotten into the Shark Tank yet?”