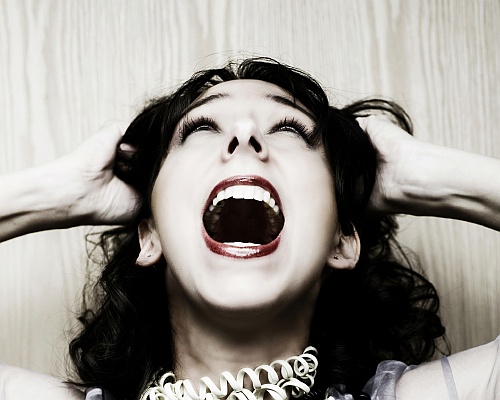 One of the blogs that I’ve followed for several years now is Pamela Slim’s Escape from Cubicle Nation – I first found her blog when I was trying to figure out what I was going to do as I was leaving the corporate world and I’ve kept reading her because she is interesting, entertaining and best of all, she’s very real (caveat – I haven’t actually met her or talked to her, but she certainly comes across as a real person that you’d enjoy having coffee with!).

Anyway, I had a real flash of déjà vu when I read her latest post – Do you and your lizard live in a van down by the river? .   I can vividly remember several conversations I had with my wife on facing the fear that if I didn’t get something figured out soon, we were going to be homeless.

I knew it was stupid (my wife continually told me it was stupid) but it can be a slippery slope, especially when you don’t know what to do next.  And, as you might expect, you tend to be fairly ineffective when you’re wallowing in irrational fears.  Of course the problem with these kinds of fears is that at best they will drive unproductive behavior and at worst they can put you out of commission.

Luckily I was able to get past that particular fear of failure – oh I can still stress myself out pretty good if I’m not careful, but I’ve learned how to mostly keep it under control and not be a major factor.

What are you afraid of?

Making the leap to start your own small business is really hard and anyone that has done it, whether they’re knocking the cover off the ball or striking out a lot, deserves a lot of respect.  I would imagine that everyone in that situation has already successfully faced down some fears.  However, there are plenty of fears to go around:

I’ve met with business owners that have made it past that initial set of start-up fears and now they’re afraid they won’t be able to keep up the pace that a start-up requires (actually that’s my theory on why a lot of businesses fail after the first couple of years, not because they aren’t viable ideas run by smart competent people, but because the owners are exhausted and never figured out how to get things systemized).

I’ve met business owners that are afraid of getting in front of people to sell or to market.

I’ve met business owners that are afraid to hire employees and make that next leap beyond just themselves.

I’ve met business owners that are afraid of success (this one’s tough because no one is going to come right out and admit that, but it can drive a lot of bad behavior).

What can you do about your fears?

As far as I know, there’s not a quick, easy, 1 size fits all solution to overcoming your fears, Pam covers an approach recommended by Martha Beck in her post, but here are few of my ideas: