Extend your networking – with a dinner party!

Extend your networking – with a dinner party! 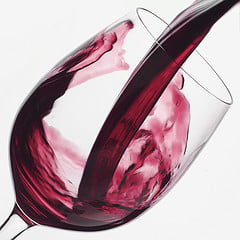 Networking is all about establishing mutually beneficial win-win relationships with people that you know, like and trust (and vice versa).

Unfortunately it can be really difficult to develop those kinds of relationships in traditional professional networking environments.

Enter the opportunity of the dinner party.

In his book on networking and relationships “Never Eat Alone” Keith Ferrazzi outlines his recommended approach for regular dinner parties as a key networking strategy.  I don’t know that everyone is going to have access to big name celebrities as the ‘anchor tenant’ for your get together as recommended by the book, but an occasional informal get together with people that you’d like to get to know better can be a big help to making connections.

If you’re like me, there are a lot of people you know informally – well enough to wave to them across a parking lot, but you’ve never really had an in-depth discussion with them.  Find a good mix of those people that seem like they would be fun and/or worthwhile to get to know and pull together a dinner party to break the ice.

If you’re going to give this a shot, what are some the key points to make it successful?

How many people to invite?

This probably depends on your comfort level as a host – depending on how large your space is, you can start running into a lot of logistical issues if you get too large (# of places to sit, # of dishes, chairs, etc.).

My recommendation would be to keep it manageable at 4 to 5 couples – no more than 12 people total.  8 to 12 people gives you plenty of opportunities to have great side conversations, but is a small enough group that you can all participate when you’re at the table.

It can be really difficult to bring together a whole group of complete strangers – unless they’re pretty outgoing, it may be hard to get the ball rolling conversationally.  Try to pick out a group that has some commonality – kids go the same schools, they used to work at the same company, they are in similar industries, etc. and ideally go with at least some direct connection within the group besides just you (i.e. 2 of the 4 couples know each other fairly well).

From a networking perspective, target people that have to potential to be helpful referral partners or prospects (but remember you are NOT selling).  Obviously you can do this for purely social reasons, but if you’re trying to build a better business network, you might make some different choices.  Not everyone needs to be a target contact, but at least include a couple.

Dinner Party sounds like a fancy get together, but it doesn’t have to be.  Start with something you’re comfortable cooking and ideally something that can mostly be prepared ahead of time.  Learning a new dish while you’ve got 10 people watching you probably isn’t the way to go.

Burgers or Chili are both fine choices as are steaks or more elaborate entree dishes – once you’ve had the chance to prepare a few things, it gets easier to do the next time around.

You should also plan on having a couple of appetizers that are ready when the first people get there.  Try to have a mix so that there’s something that most people would like (although don’t worry about trying to totally please everyone).

A couple of side dishes to go with the main dish are  a good idea, but again you don’t need to go overboard.  Focus on things that you can make ahead of time to minimize the cooking and prep time while people are there.

A simple dessert is a great way to wrap up evening – if there’s something you really like or like to make, go with that.  Otherwise brownies or chocolate chip cookies are always going to be popular.

Finally, you should have a mix of drinks – at least a couple of non-alcoholic options to go with a beer or wine selection.  If you want to have a mixed drink, prepare it ahead of time, but I wouldn’t recommend a full bar approach – it can be really expensive, it’s hard to get everything everyone might want and you will end up spending a lot of time making drinks which makes it difficult to connect with the guests.  Learn a bit about wine – there are a lot of great wines for ~$10 – $15 a bottle in both reds and whites and most liquor stores that carry a good selection of wine are happy to make recommendations depending on what you’re eating.

The most important thing is to keep in mind the reason for the Dinner Party in the first place – to get to know some new people, let them get to know you and to have a good time.  You’re not their to sell and you shouldn’t focus on talking about work or business (although it’s likely to come up on it’s own).  What you should focus on is making sure everyone is interacting and enjoying themselves and you will almost be guaranteed to make some new connections.

Do you do Dinner Parties to extend your networking?  I’d love to hear thoughts or stories on things that have worked or not – share them here!

3 thoughts on “Extend your networking – with a dinner party!”