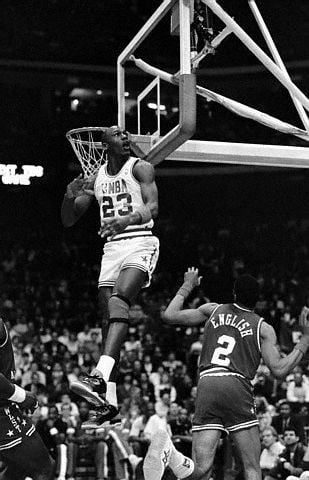 I’ve had a few conversations recently about failure and it got me to thinking about the nature of failure and the small business owner.

The reality is that if you’re human, you are going to fail.

Unfortunately failure has an undeserved bad reputation and most people either want to avoid it like the plague or fear it enough that it drives their behavior in irrational ways.

However an important point to remember is that avoiding failure doesn’t mean success, it more than likely means that you are average/ mediocre / unremarkable.

I generally hate to resort to sports cliches, but there are some great parallels between sports, life and business when it comes to success and failure.

And there’s not a better example of that situation than Michael Jordan, arguably the greatest basketball player to ever lace up the sneakers.

Most people know that Michael was cut from his high school basketball team, but here are a few quotes from him that I think really  put this into perspective:

I’ve missed more than 9000 shots in my career. I’ve lost almost 300 games. 26 times, I’ve been trusted to take the game winning shot and missed. I’ve failed over and over and over again in my life. And that is why I succeed. – Michael Jordan

I can accept failure, everyone fails at something. But I can’t accept not trying. – Michael Jordan

If you’re trying to achieve, there will be roadblocks. I’ve had them; everybody has had them. But obstacles don’t have to stop you. If you run into a wall, don’t turn around and give up. Figure out how to climb it, go through it, or work around it. – Michael Jordan

The key is to learn from those mistakes, those failures and apply that knowledge to make yourself better.  It’s easier said than done, the instinctive response is to either bury your failure and hope no one noticed, renounce your failure (often by blaming someone or something else), or to over react to your failure and declare that the whole thing was bad and there’s nothing positive to be taken out of it.

How to fail successfully

My experience and feedback I’ve gotten from many people that are much more capable than I am is that you need to embrace your failures, learn what you can from them and then move on not allowing them to linger.

Henry Ford failed repeatedly before the Model T got the ball rolling for him.

If you can take the emotion out of it, at least enough to move forward, then you can treat it more like a scientific experiment – drop what doesn’t work and try again with what seems to work.

As a parent, I hate to see my kids fail at something, but I also know that I wouldn’t be doing them any favors by keeping them from that experience.  Arguably the only way you can truly grow is through experiencing failure.  If you embrace your failure you will:

If you can accept the fact that failure, setbacks, roadblocks are all part of the challenge.  That they are to be expected and learned from, then it’s not too hard to imagine moving to a point where you can look at the longer view and reap the benefits of failing successfully.

Failing successfully means that you don’t quit, that you keep your eye on the long term goal and plan and that you learn everything you can about how and why you failed.  The payoff is that you are that much closer to finding a way to move forward successfully – all because you learned from that failure and moved on.

Finally – here’s a video on Famous Failures that I thought was really well done – enjoy it.

Let me know what you think about failure.  Can you think of any great examples of businesses that had the kind of turnaround that Jordan had?  What do you do to make sure you fail successfuly?  Share your thoughts here.

2 thoughts on “Do you successfully fail?”