Death of a Salesman at KC Rep Theater

The Kansas City Repertory Theatre is currently doing a run on the classic play Death of a Salesman, which got me to thinking about how the sales process has changed over the years.  What used to work in sales 10 or 20 years ago doesn’t really work now.

Here’s an example that happened to me last week – true story…I share office space with a few people and we have a secured entrance because we generally don’t have much ‘walk-in’ traffic.  I pulled up to our office the other day at 1:00 and there’s a guy waiting at the door.  He tells me he’s got a 1:00 appointment with one of my office mates…he uses my office mate’s first name…professional and casual.

It sounds plausible, so I let him in and let my office mate know that his 1:00 appointment is here.

That’s when it gets a bit ugly.  It turns out my office mate is heads down trying to get something urgent done…and he doesn’t have a 1:00 appointment and he doesn’t know the guy!  So he calls him out on it.  The sales guy tries his best to spin things – “We talked on the phone a few weeks ago.”  And “My office wouldn’t have sent me here if this wasn’t an approved appointment”, but it’s clear that he’s pulling something skeezy.

My friend isn’t buying any of it – he knows his calendar…in fact it’s on his phone that he’s carrying with him.  He knows who he’s talked to…and this guy isn’t on the list.  The outcome?  He forcefully (but professionally) asks the guy to leave immediately and not come back.  The sales guy, true to his nature, tries to jump into his sales pitch even as he’s being walked out the door – he’s with Konica Minolta and wants to know if our current printer / copier is working alright for us.  He’s wasted his time, our time and created a bad reputation all in one fell swoop.

Apparently this guy’s sales tactic is to go door to door targeting specific companies and attempting to trick his way into an initial appointment.  Presumably if he does get that initial meeting, he spins a few more lies in hopes of driving a sale – but not a sale based on, needs, honesty and trust.  The best he can hope for is a quick transaction and to disappear before his client figures out he’s scamming them…in short, a win-lose proposition!

The example above is fairly extreme – especially considering that it’s 2013, but 10 or 20 years ago, that guy’s tactics might have worked fairly well.  Buyers were generally more naive, it would have been more difficult to check your calendar and rather than an email that got ‘lost’ it might have been a message left with someone else in the office.  I suspect at one point this was a tried and true way to sell door to door.

In fact for most transactions 10 to 20 years ago, the seller held all of the cards when it came to knowledge and information about the product and the industry…and knowledge is power when it comes to negotiating a deal

In his new book To Sell Is Human by Daniel Pink calls this disparity information asymmetry – which led to the guiding principle for buyers of Caveat Emptor – Let the Buyer Beware. 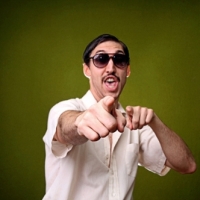 hink about buying a car 10 to 20 years ago – you might be able get information on the make and model you were interested in, but it wasn’t easy and it wasn’t always reliable.  The seller could spin the information they had in a lot of ways, and as a buyer you didn’t have too many ways to counter the situation.  This often led to people getting taking advantage of and getting bad deals.  Definitely a win-lose scenario and a reason to not trust the next salesperson you met!

That’s not to say that all salespeople (then or now) are unethical or predatory, but it happened often enough to create a huge, negative reputation problem for anyone responsible for selling.  In fact, when I meet aspiring entrepreneurs, the idea that they are going to have to be in sales is often enough to keep them out business!

Compare the historical car transaction to today when a typical buyer not only knows all the details about a car (new or used), but they’ve also been able to hear from other buyers about how well that car has performed.  The balance of power has shifted to the buyer…and sales will never be the same again.

Sleazy selling tactics not only don’t work today, but even trying them will infuriate most buyers – driving them to share their story with the world and letting everyone know to stay away from that product, service or at least that salesperson.

The good news is that there are effective ways to sell that result in a win-win transaction, something everyone can walk away from and feel good about.  However it requires a different approach than most of the Traditional Sales tactics – here’s a quick highlight of some of the differences:

Obviously there are still hardcore ‘traditional’ sales people out there, but it’s becoming a hard way to make a living.  How are you approaching sales with your business?  Are you still targeting a Win-Lose scenario with your customers?  Or are you focusing on making it a Win-Win?  I’d love to hear your thoughts – share them in the comments below.

3 thoughts on “Death of ‘Traditional’ Selling”