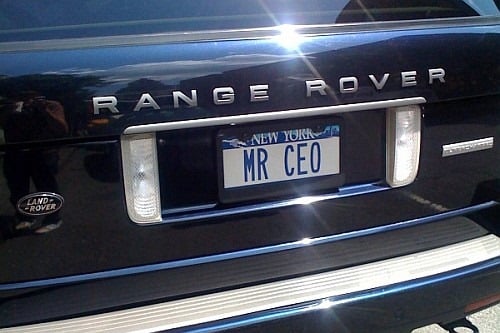 A new client of mine strongly recommended Patrick Lencioni’s “The Five Temptations of a CEO”, so I moved it to the top of my list and finished it this past weekend.  If you’re not familiar with Patrick Lencioni – he’s the founder of a leadership consulting company called the Table Group in San Francisco and author of 8 books, numerous articles and a highly sought after keynote speaker – in short he’s an impressive guy with some important ideas to share.

The Five Temptations is his first book – written about 10 years ago and although it’s not as big a seller as The Five Dysfunctions of a Team, it clearly establishes him as someone to listen to when it comes to business and leadership.  He describes the book as a Leadership Fable – it’s set in a story format and shows the application of his ideas to a real world situation (and make it’s a lot more interesting to read).

So what can you learn from the Five Temptations?

CEOs of companies big and small have a unique position in their organization.  They’re expected to not only see the big picture view, but create that picture in such a way that everyone else sees it and buys into it…oh and they need to be constantly leading and driving bottom line results.  It’s a tough gig and it comes with a unique set of challenges – in this case described as temptations:

The first temptation is the natural tendency of a CEO to want to enjoy being the head honcho at the expense of results.  For many high level executives, their career has been a consistent focus on climbing the ladder – doing whatever it takes to achieve the status of the next promotion.  However a successful CEO can’t afford to be focused on anything but the bottom line results.  Just like an NFL coach is ultimately judged on wins and losses, the CEO can be charismatic, a great speaker, well dressed, etc but if the results aren’t there, none of it matters.

The second temptation is very common – you want to like and be liked by the people who work for you.  However you can’t let that desire put you into a relationship where you can’t clearly hold people accountable.  When a CEO gives into this temptation, they inevitably create a blind spot in their team’s performance and likely cause other issues stemming from favoritism and group think!

This temptation really boils down to the ability to be decisive…even with less than perfect information.  Many CEOs got to where they are by analyzing and using data to develop the best strategies and plans.  However once things start moving – you will never have all the data and information you want to have, and until you, the CEO, makes a decision, your organization is moving without focus and without clarity.

Any decision is better than no decision at all.

Temptation #4 almost seems like a misprint.  As the leader, it would seem your job is to bring everyone together harmoniously…however the group is always smarter than the individual as long as everyone in the group is allowed to have their own voice.

I would say that most of the professional environments I’ve been in strongly discouraged disagreement with the executive team.  That’s not to say that there should be constant conflict and argument, but there should be an openness and willingness to look at all sides of an issue.  The key is a way to productively disagree, make a decision and move on.

In my experience, many CEOs fall for this temptation.  I’ve worked with many organizations who’s leadership worked very hard to make sure that they were never wrong – even when they were clearly wrong.  They would go to elaborate lengths to spin or cover up decisions that went poorly.  The reality is that people will appreciate a leader that acknowledges they don’t know everything.  The honest dialogue and open discussion is what allows positive change…without it, very little ever changes.

The 5 Temptations is a very quick read – but there are a lot of strong ideas in this little book.  You might be tempted to dismiss the 5 Temptations as fluff – but I can tell you that in my business experience, both as a consultant and as an executive, I see the fallout from these issues all the time.  Being a business leader is simultaneously very complex and fairly simple.

It’s complex because of the broad volume of issues and topics that you need to understand.  It’s simple when you can look at it as a clear focus on generating results, holding people accountable to decisions, being open to new ideas and trusting your team to do what needs to be done.

What are your thoughts on the 5 Temptations?  Have you read the book?  If so, what did you think?  If not – does it sound like it might resonate with you?  Share your thoughts in the comments below.

3 thoughts on “Book Review – The Five Temptations of a CEO”