Are you Living in The Whirlwind?

Are you Living in The Whirlwind? 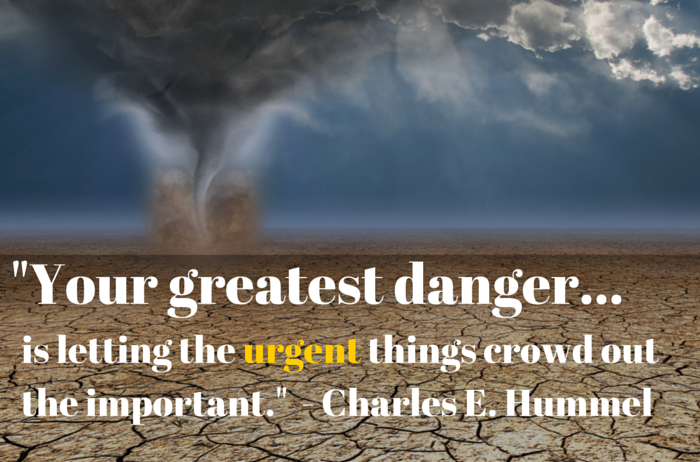 Every working professional, and certainly every business owner is familiar with the whirlwind. The question is whether it’s taken over or do you have it under control?

The idea of the whirlwind comes from a great book – The 4 Disciplines of Execution by Chris McChesney, Sean Covey and Jim Huling.  The authors are all with Franklin-Covey and have spent their careers researching and working with businesses to help them figure out how to get the most important things done (execution). What they discovered in their research is pretty staggering:

What is the whirlwind?

Put simply, the whirlwind is all the stuff you have to pay attention to just to get through your day. It’s the stuff that has to be done just to keep the lights on, it’s dealing with the crisis or phone calls from your clients, it’s the employee who doesn’t show up for work on the day you need them most, it’s the equipment that breaks.  It’s getting the work done every day that keeps things going. 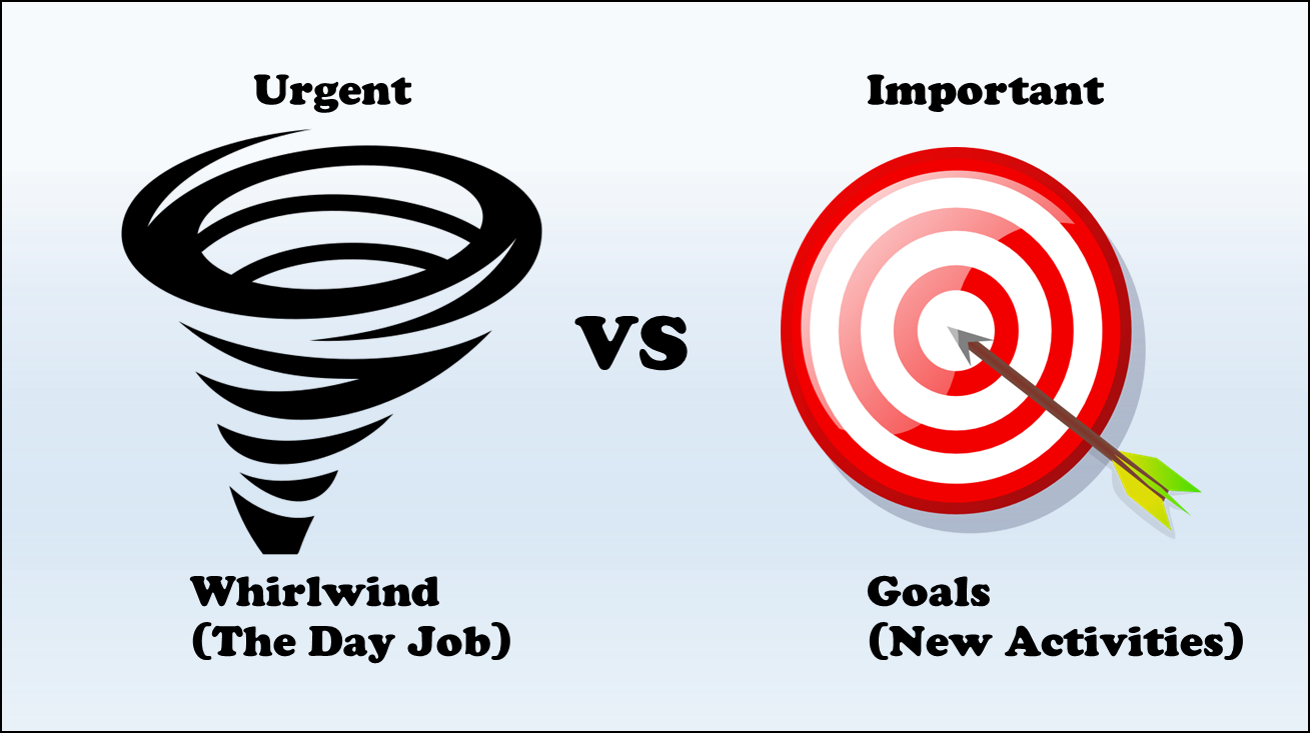 Ultimately the whirlwind is all of the urgent stuff that has to get done and in a battle of Urgent vs. Important, urgent is going to win every time.

As the authors discovered from their research, the most obvious impact of the whirlwind is keeping you from working your important strategic projects. The whirlwind is why it’s always a challenge to roll out a new system – even when that system is obviously better than the one you have and there’s a clear path to implementation.

The whirlwind isn’t going away. As long as you’re in business, you’re going to have a whirlwind. And as you grow, whether that’s adding employees, clients, projects or whatever, the whirlwind is going to get bigger and harder to manage.

In fact, it’s the whirlwind that ultimately ends up killing off a lot of businesses. The idea of coming into battle an out of control whirlwind every single day becomes overwhelming and eventually even the most determined and resolute business owner will wear down and give up.

However…there is good news. The whirlwind will always be there, but it can be managed, there are things you can do to keep it under control.

The first step in managing your whirlwind is admitting it’s there (and that you have a problem). If you continue to just react to everything that happens, you’re never going to make any headway and the chaos is going to get worse over time.

As part of that big picture thinking, you need to map out all of the critical work that has to be done (all of the stuff that makes up the whirlwind) and then figure out who currently owns that work. If you’re a business owner, there’s a good chance that you ultimately ‘own’ a majority of the responsibilities. For a smaller business or a start-up – that’s okay (you don’t really have much of a choice). However if you want to be able to scale your business, you will have to find others who can own key activities as you grow. By thoughtfully delegating parts of the whirlwind out to a competent and responsible leadership team, you can dramatically lessen the impact of the whirlwind.

Finally you need to identify ways to simplify and automate the worst aspects of the whirlwind. What are the things that you or your team have to deal with every single week? What customer complaints do you hear (and act on) most often?  What can you do to remove or at least greatly reduce those impacts?

It can be really difficult to implement new ways of doing things with the whirlwind all around you (that’s what the bulk of the 4 Disciplines book is all about) but it can be done. Keep your focus clear and simple (identify 1 thing at a time that you want to change). Get your entire team involved in figuring out how to streamline or solve your challenge, find a simple way to measure progress and consistently make that ONE thing your focus every single week until you successfully make the change.

It sounds simple – in some ways it is, but it’s definitely not easy to do.

How about you? Are you living with an out of control whirlwind? Or have you tamed it? Does this resonate with you? We’d love to hear your thoughts.

1 thought on “Are you Living in The Whirlwind?”