Are you giving your players the Green Light?

Are you giving your players the Green Light? 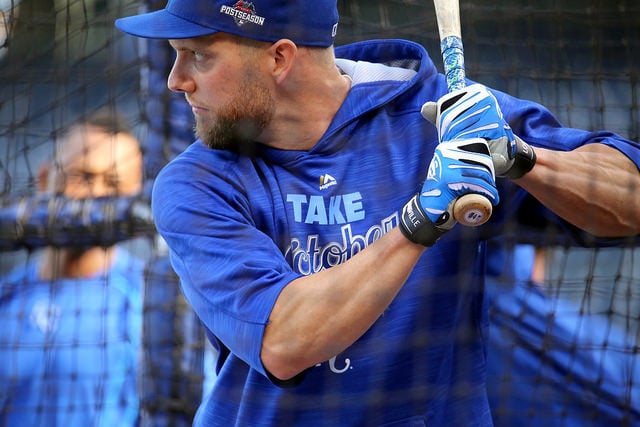 The Kansas City Royals are headed to the World Series for the 2nd year in a row!  That’s an amazing accomplishment and it’s even more impressive when you consider that they had a 29 year break from the playoffs prior to that success, including several painful 100 loss seasons. They’ve clearly figured something out – a consistent high performing team doesn’t happen by chance.

There are several reasons why this team has done so well – they have a great combination of defense, pitching and timely hitting and an old school approach to how they play the game…making every run matter. There’s a lot of talent on the team and good depth as well. But those are characteristics that a lot of teams could lay claim to…so what is it that’s put this team on top?

Arguably one of the key ingredients for the success of this team is how focused and engaged the players are. How much they clearly enjoy what they’re doing, enjoy the achievements of their teammates and enjoy playing for Ned Yost – the manager.  These traits are all intangibles – but that’s the kind of competitive edge you need to win consistently. This kind of culture doesn’t happen by accident. It starts with bringing on the right kind of people and finding a way to let them play to their strengths.

If you pay attention to Ned Yost during a game – he’s not doing a lot with the players. For the most part – they just go out and play. He (and his coaches) don’t give a lot of direction to the players when they’re batting or when they’re on base. With a few exceptions, his players have the green light to do what they think is best – whether that’s attempting a steal, laying down a bunt or hitting away. It took time to learn and they don’t always make the right call (that’s not possible) but that kind of ownership and engagement is a big part of why they’re having so much fun…and so much success.

The Green Light in Business…

How well does this idea translate to your business?  Do your employees have the green light when it comes to making important decisions…or do they need to come to you for most of the day to day operational things that need to be decided? When’s the last time you were pleasantly surprised by something an employee did? Your employees are not going to feel empowered if they are consistently waiting for you to tell them what do next.

There’s a huge benefit for finding a way to give your employees that Green Light…but it’s not an easy thing to do – here are few things to consider:

Just like Dayton Moore and the Royals have done with this current team, you have to find the right people before you can turn them loose. Talent alone isn’t enough, you need people on your team who share your beliefs (core values) and want the same things that you want (mission / vision).

The world changes fast and the only way your team can keep up is if they are excited about constantly learning new things and being trained and coached for better performance.  The Royals have improved their record every year for 7 years in a row!  That’s an amazing accomplishment that really illustrates the time, training, knowledge and effort needed to get to world class performances and outcomes (it also says something about how bad they were when they started improving…).

Measure and Track – Trust But Verify

Few endeavors rely on metrics and statistics more than Professional Baseball. Entire industries have been created to help the teams figure out exactly what actions leads to success.  So although the Royals players have the green light and can call their own shots during the game, they are being measured and evaluated every single day…and often on every single play.  Your business doesn’t have the ultimate metric of wins and losses, but you still need to measure the most important things that drive your business and share those measurements with the team so that you can collectively get better.

You have to let go…

Finally – one of the most difficult things for a leader or manager to do with their team is to let go. It’s your business (or your team) and there’s no doubt that you have a very specific way of doing things, of making decisions, of dealing with people.  When you give your team the green light, they are not going to do things exactly the way you would do them. And in fact in the beginning, it’s likely they will make quite a few mistakes…and you need to let them fail. Not in a big catastrophic, take the company down kind of way, but fail in the smaller things because that’s how they’ll learn.

And who knows…they may make a lot of choices that you wouldn’t make and end up surprising you with how well they do. Consider Alcides Escobar for the Royals – he swings at almost every first pitch that he sees and he rarely walks. Both things that I’m sure the coaches would like to change…and yet he was just named the ALCS MVP.

What about your team? Are you letting them take ownership of the work they’re responsible for? Are they engaged? Having fun? If not – what can you do about it?  We’d love to hear your thoughts in the comments below.

2 thoughts on “Are you giving your players the Green Light?”