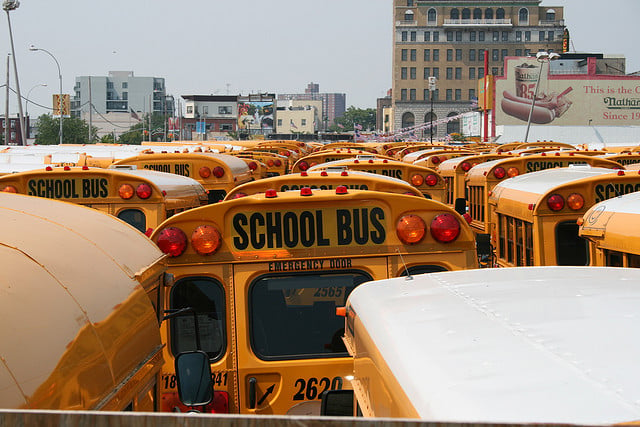 With most of the schools back in session, the number of buses on our roads has increased significantly; latest estimates have the number at about 500,000 school buses in the U.S.  All those yellow school buses created the opportunity not only for a PSA to be a be aware the buses and 26 million students riding them, but to think about your own (business) bus as well, even if it is just metaphor.

As a business owner you are the driver.  There can only be one driver.  You may have a management team; you may be part of ownership group that allows different drivers behind the wheel at different times, but at the end of the day there can only be one driver.   Every business must have a bus driver, the place where the buck stops, the person who is ultimately in charge of everyone on the bus (or in the business).

Once a seat is filled, the (owner) bus driver needs to monitor the person they placed in the seat, but they need to let them do their job.  This is where so many small businesses repeatedly take steps backwards; the owner(s) need to stay out of other people’s seats!   The seat contains duties and responsibilities; you placed someone in that seat to complete those tasks.  Once you do that, you need to allow them to do what was asked of them.  There isn’t room in the seat for you too!

Although it can happen in any business, for some reason this seems to be a bigger problem with family owned businesses more than others.   In family businesses, there often are multiple owners and even though they have agreed to sit in certain seats (their org chart) they are always bothering family members in other seats they have agreed to stay out of.   All it does is creates havoc and stress on the business.

To make matters worse, rather than asking them to step into a private location and discuss a difference of opinion they stand up in the front of the bus and undermine or question their authority in front of all the other people on the bus.   Which ultimately leads to the absolute worst scenario of all….(again metaphorically speaking) they  throw them the under the bus.

“You’ll never get the right people in the right seat on the bus, if you are constantly throwing your people under it!”   – Aspire Business Development

If owner(s) are constantly being disrespectful of their peers or their managers in front of all the other employees by questioning their actions, discounting their procedures, or overriding their requests,  how are those being disrespected ever supposed to win the respect of everyone else in the company?   Not only is it personally disrespectful, but it diminishes the importance of the tasks they are responsible for in the first place? You reap what you sow.  You may need to change the seats people sit in, you may need to let someone off the bus, but do not throw your people under the bus!

Remember as the driver (owner) you have the ultimate responsibility for the bus. Even if someone else is struggling in their seat, that’s on you. You can help fix it, you can replace them, but you can’t blame them for struggling.

So what do you think?  How do you think your Business Bus is doing?  Do you respect the people you place in the various seats on your bus?  Do you compliment them on the bus in front of everyone and talk to them about issues in private?    We would love to hear your thoughts on this in the space below.