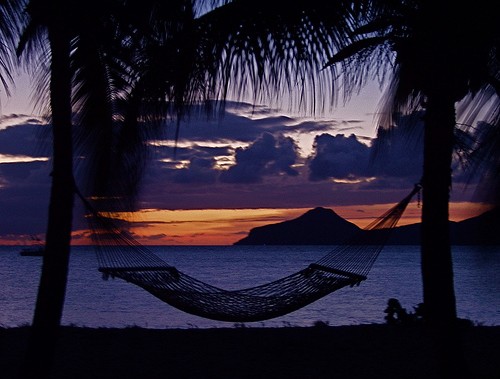 As a business owner, when you first start out you create some sort of vision of success.  A vision that’s compelling enough to get you to take the big leap, leave your job, take the risk…whatever it might be.

That vision usually has a money component – ultimately you want long term financial independence (what ever that might be for you), and you also want to make good money along the way (be well compensated for your efforts above and beyond the hours you spend).

Most business owners would like a certain amount of freedom and flexibility relative to their time – you know you’re going to work a lot of hours, but if you can have some say as to when those hours might be, that would be great.

Finally – as a business owner you’d like to be doing something you believe has a larger purpose or is at least interesting…and you’d like to carve out some time to hang out in a hammock by the ocean every now and then!

Unfortunately for most business owners their vision of success gets lost somewhere along the way.  That’s why I found it really refreshing to hear some friends of mine talk about the business success they had achieved in the last couple of years.

We were at a dinner thing over the weekend and I had a chance to catch up with a couple that I’ve known for over 15 years.  As a couple they own a franchise business they opened almost 7 years ago.  Because they were worried about making ends meet, only one of them made the leap from the corporate world at first, with the other one continuing to travel and work a high paying (and high stressing) corporate job.

Although they purchased a quality franchise, it was a business that required a lot of up front capital which meant they had a lot to lose if things didn’t work out.  They both put in extremely long hours for the first several years, learning the ins and outs as they went and struggling through the start-up years that pretty much all business owners go through.

It hasn’t all been sunshine and roses, but about a year ago they decided there was enough revenue in the business for them both to work it as their sole full time job.

When I asked them how it was going, they quietly mentioned they were down to working only 3 or 4 days a week.  They had reached a big part of the success they envisioned 7 years after they took the plunge.  They’re making good money, they (now) aren’t working crazy hours and they’re continuing to build long term value for if and when they decide to sell sometime down the road.

How did they reach this success?

It has taken them 7 years of very hard work, but they also were smart about how they built up the business.  I don’t have all the details, but here are some keys that I’ve seen them focus on.

The customer comes first – they’ve done a great job making sure that their customers were happy and impressed with their service.  Word of mouth is their primary marketing strategy and it’s worked well for them.

Hiring the right people – because of their extensive corporate experience, they both had a lot of experience when it comes to interviewing and they developed extremely stringent hiring processes that minimized employee mistakes.

Watching cash flow and finances – every couple of months they would go through their expenses and overhead and cut out whatever they could.

Putting in systems and optimizing where ever they can – they have a strong focus on designing and documenting all of the processes that make the business run…so it can run without them.

This isn’t a complete list, but if you’re doing the 4 things above, you’re likely having a lot of success as well!

Where are you when it comes to finding your vision of success with your business?  What keys are you focusing on?  Share your thoughts and let me know how you know when you’ve reached the next plateau and what you’re doing to get there.