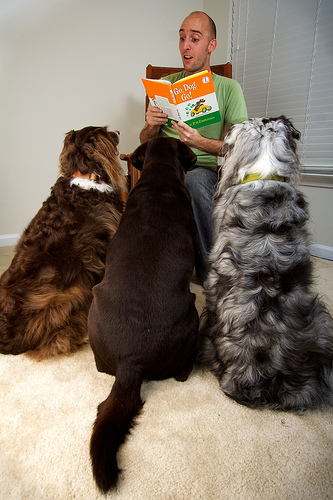 Successful companies big and small have a story behind them.  In fact a big part of what makes a lot of those companies successful is their story.

One great example is Patagonia – the company’s founder Yvon Chouinard originally started the company because he couldn’t find the climbing gear he needed so he started making his own.  When he discovered that the pitons he was making were causing a lot negative  environmental impact, he stopped making them, even though they were the primary product the company made.  That was the first step of many for a company that is defined by environmentalism and the story of a founder that loves to be out doors.

Not every story has to be as elaborate as Patagonia’s, but if you’re not telling your story, or not telling it well, then you are likely not connecting with potential clients.

Figure out your story

The first step is to figure out what your companies story is.  Why was the company created?  Does your company address a particular niche or solve a common problem that the rest of your industry traditionally ignore?

Last year I wrote about the Shatto Milk Company, a local dairy farm that totally transformed their business from a commodity that had razor thin margins (if any) to a remarkable business that is reaping a great premium over the competition.  A big part of that success and the marketing effort is telling the story of how they got to where they are today.

There’s a great article in Inc Magazine from Michelle Miller on the importance of a good story for your business that opens with the following:

You may have the greatest company in the world. But if you don’t know how to convey that to customers, you may as well not exist.

Take some time to figure out what makes you and your business tick – what’s the story you ought to be sharing with people to get them on your side.  The book Made to Stick outlines the 6 keys ways to put together your message so it will resonate with people and ‘stick’.  One of the most important of those 6 is to tell a story.

The second challenge once you’ve got a story is to consistently get people to tell it.  If you have a really big budget, you can spend a huge amount of money in advertising campaigns to get your story told.

It’s not a coincidence that Subway started taking off when they adopted Jared Fogle as a spokesperson and made his story the Subway story.  Subway can afford mass media campaigns, small business owners can’t.

However what smaller businesses can do is to get their workforce – especially their salesforce to buy into the story and to start telling it to prospects and clients.

One really clever approach that I heard recently from a local medium sized company really took this idea to the extreme.  This company has a great story, but it wasn’t getting told and they wanted to get people focused on sharing that story.

They were due to have their annual sales meeting late last fall and it was scheduled to be in a nice resort in Arizona.  The meeting had been booked and paid for almost a year in advance and was fairly cost effective, but there was a concern about backlash on perceived spending at a time when the economy was tight.  So with a creative stroke, they figured out how to address both of their problems at once.

They issued a fake press release explaining that due to the economy, their corporate meeting was being sponsored by Subway and that the sales force would only be allowed to charge Subway in for meals for the rest of the year.  They bought hundreds of Subway gift cards and had the Subway logo on every slide of the annual meeting presentations!  By the time the meeting was underway, the sales staff was convinced this was the real deal.

The kicker that tied it all together was the discussion about 1/2 way through the meeting about what this company and Subway had in common.  Finally one of the participants answered with ‘They both have great stories behind them’!  That was the answer they were looking for and that set the tone for the rest of the meeting on the importance of sharing the company story.  Now when ever that sales team see a Subway, they will be reminded of their own story and the need to share it with prospects.

What’s your story and how do you share it?  I’d love to hear ideas here.