What’s your definition of success?

What’s your definition of success? 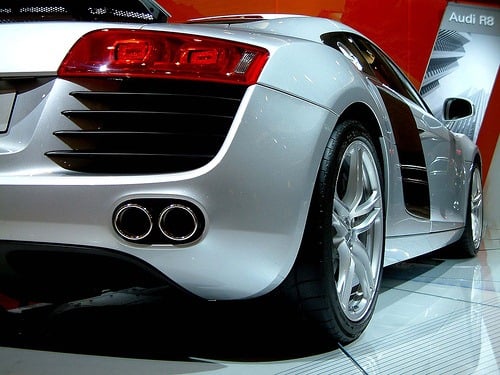 Culturally the US has a real problem when it comes to trying to keep up with the Joneses (who knew there was a wikipedia article on that phrase?).  Business owners and entrepreneurs aren’t immune from this issue and probably even have it worse than the general public.

As an entrepreneur starting out, you are going to work very hard and likely not make much money for at least the first year and probably the first couple of years you are in business.  Once you do build up some momentum and start making some money, you’ll have a lot of pent up demand and the desire to tangibly prove to the world that you’ve made it!

The problem is that this mindset can drive otherwise successful business owners into a bad spiral – causing lots of stress, making less than ideal decisions and generally hurting the business and the owner.

Let’s face it, money is a hot button psychological issue for most people – it’s why a lot of people struggle with sales and with business in general.  Business owners feel a lot of pressure to make a lot of money, they like to win and in most ways, making money is the scorecard for the game.

I’m not saying that you shouldn’t try to make money (I’ll leave that to our political friends). That’s one of the primary reasons to go into business and it’s tied closely to independence which is another big driver.  The issue is that a money only focus leads you to significant problems:

If making the most money is the only way you can win, you are in trouble.  Why?  Because there’s never enough money – you always feel like you should be making more!  (Just ask the NFL owners and players about how much money they need).  In short, you’ve set yourself up in a game you can’t win.

For most people, studies have shown that they are driven by money only up to a certain point and then it becomes mostly a non-issue.  Daniel Pink’s book Drive (about what motivates people today) does a great job breaking down key motivational factors and money doesn’t really come into play once you’ve got the basics covered.

Bottom line – you’re trying to impress others (including your family) with all of your tangible success. Causing you to feel continuous and mounting pressure to grow the bottom line (or worse, just revenue) as much as you can.  That’s a clear path for stress and bad decisions if I’ve ever seen one.

Alternatively what if you were to define your own version of success that addresses ALL aspects of your life that are important to you?  Yes – money would be part of that equation, but only up to a certain point.  You would also be focused on how you’re spending your time day to day.  Are you doing stuff you enjoy?

Are you treating others in a way that makes you feel good (clients, employees, vendors)?  With a strictly bottom line only focus, you are likely treating people the way Wal-Mart treats their vendors…squeezing them at every turn to maximize margins (although to be fair to Wal-Mart…they don’t hide what they are, so if you’re in the game with them you should know what you’re getting into).

Is time away from the business a success factor for you?  Time with family?  Time with friends?  The ability to learn new things, master new skills?  What’s really important to you?

Take a hard look at your business plan and see if it reflects your definition of success?  Or does it currently just look at money generated every month as the only scorecard?  The most successful business owner is the one that’s getting exactly what they want out of their business…not the one making the most money.

What your definition of success?  Have you felt like you’re chasing dollar signs sometimes?  I’d love to hear your thoughts – share them in the comments below.