What’s Impossible to you?

What’s Impossible to you? 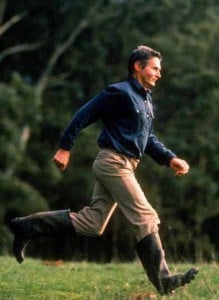 We all have blind spots – self limiting beliefs that hold us back from trying things. We all believe things are impossible – but it turns out we may be wrong…

It’s likely you’ve never heard of Cliff Young. He was an Australian. He was a potato farmer and rancher for most of his life. He also has one of the most surprising and amazing stories you’ve ever heard.

Cliff Young was an ultra-marathoner – albeit an unconventional one.

If you’re not familiar with Ultra-Marathons, it’s basically what it sounds like…more than a normal marathon…a marathon on steroids – ranging anywhere from 50 Kilometers all the way to up to 10 day events.

Australia holds one of the toughest ultra-marathon events in the world, the Westfield Run – an 898 kilometer run from Westfield mall in Sydney to a similar mall in Melbourne (about 550 miles). Races between Sydney and Melbourne have always been considered weeklong events…meaning 7 grueling days of running to complete the distance.

Here’s a Google map of the route just to give you a feel for it – I’ve had the chance to drive that route (a long time ago) and it certainly wouldn’t be easy to run…a lot of hills, bordering on mountains and not much in the way of civilization around you. 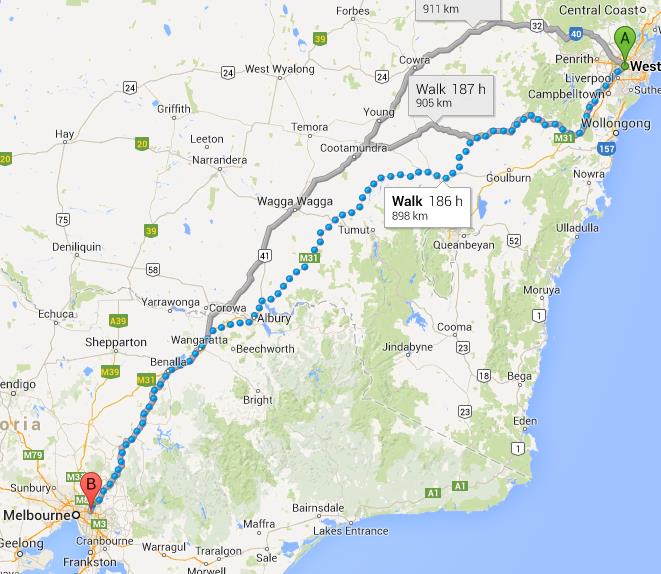 It was in 1983 that everything changed. That’s when Cliff Young decided to race in the Westfield Run…at age 61! On the day of the race, he walked up to the registration booth – his overalls, gumboots and age all strong contrasts to the rest of the field. That year there were a 150 other participants, all world class ultra-marathon athletes, mostly in their 20s and 30s with the most modern equipment and shoes to handle one of the hardest races in the world.

Once the media and organizers figured out he was serious about running the race, the questions started coming in – did Cliff have any backers? Did he have any experience? Was he likely to die from a heart attack in the first day?

“I grew up on a farm where we couldn’t afford horses or four wheel drives… whenever the storms would roll in, I’d have to go out and round up the sheep. We had 2,000 head, and we have 2,000 acres. Sometimes I would have to run those sheep for two or three days. It took a long time, but I’d catch them. I believe I can run this race; it’s only two more days. Five days. I’ve run sheep for three.”

As might be expected, he was written off as an interesting (but perhaps crazy) local who didn’t have a shot at competing…and might have trouble surviving the race.

And when the race started, those first impressions were certainly reinforced. The world class athletes took off like a shot quickly leaving the old toothless farmer well behind (Cliff preferred to run without his teeth in because they rattled around too much when he ran).

By nightfall of the first day, Cliff Young was dozens of miles behind the leaders when they broke for the night. After 18 grueling hours of running, everyone knew you took the next 6 hours off to recover and start back up again the next day.

When everyone else stopped that night, Cliff just kept on shuffling (see video below for what I mean by shuffling) – with no intentions of taking a break.

By the time the rest of the runners woke up the next day, Cliff had pushed ahead of them overnight and they knew they were in for a different kind of race than what they had expected. Cliff Young was able hold onto and gradually build on his lead, eventually winning the race in a time of 5 Days 15 hours and 4 minutes – 10 hours ahead of his closest competitor…and a full 2 days faster than anyone had ever run it in the past.

Even better than just winning and shattering beliefs and the record – Cliff didn’t even know there was a prize for winning – so he ended up splitting the $10,000 prize between the next 5 finishers and didn’t keep anything for himself.

Cliff Young did what was thought to be impossible and in doing so, he has forever changed the way ultra-marathons and endurance racing is done. (As a side note – his record was broken a couple of times over the next few years…once people realized what was possible).

What’s Impossible in Your World?

Most of us have self-limiting beliefs. Things we just know are impossible, either because we’ve never done them before or because we just know that something just wouldn’t work for us.

The thing is, a belief isn’t the same thing as a fact…but when it’s your belief it’s often hard to tell the difference. Tim Brownson does a great job explaining What A Self-Limiting Belief really is.

Before 1983, it was a shared belief that you couldn’t run for 24 hours straight – you had to rest at night. Cliff Young didn’t share that belief and established the fact that you could run straight through – I suspect he would tell you that almost anything is possible…and who’s to argue with someone who could run 550 miles straight at the age of 61?

Do you have some assumptions that are holding you back? Have you ever heard yourself say “That would never work for me – it’s not possible”?  Do you ever think “I’m not good enough” or “I can’t do that, I’m not a writer…salesperson…planner…etc.?”

If you want to explore this idea, the next step would be to identify and start changing the beliefs that are holding you back – one place to start might be this article from Tina Su of Think Simple Now on 6 Steps to Eliminating Limiting Beliefs.

Do you have some beliefs that are holding you back? What are you sure isn’t possible? Would Cliff Young agree with you?

We’d love to hear your thoughts in the comments below.