What does it take to build a team that can win? (Like the Royals!!!).

What does it take to build a team that can win? (Like the Royals!!!). 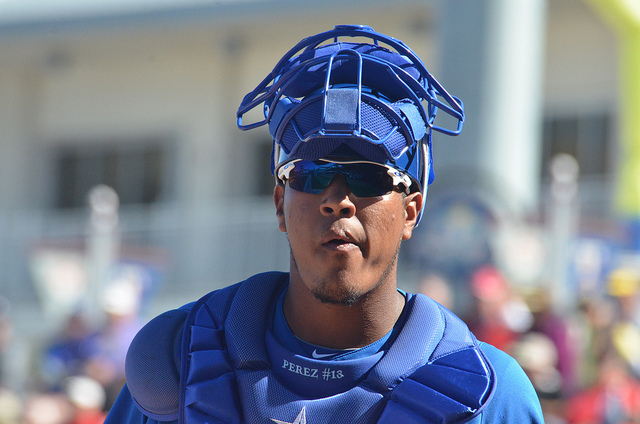 Teamwork is critical to long term success. Yes it gets over hyped, but it has to be a critical ingredient.

How else can you explain the 2014 Kansas City Royals making it to the World Series?

On paper, every team they’ve faced in the postseason has more talent (or at least more power) and pundits everywhere were suggesting they were headed for a quick exit. Instead they have surprised the world with 8 wins in a row, sweeping both the ALDS and the ALCS over very accomplished and talented teams from California and Baltimore.

Although they’ve had some lucky breaks (after 29 years of challenges), the Royals will tell you that their success stems from playing hard and working together as a team. Accomplished hitters laying down sacrifice bunts rather than swinging for the fences. Great outfielders (or designated hitters) giving way to pinch runners in the 6th inning to improve the odds of getting 1 more run across. And most importantly the visible and constant support and encouragement that the entire team shows each other.

As Michael Jordan once said:

So clearly teamwork is important – especially in today’s environment where 70% of workers are not actively engaged in their jobs. Imagine if that was true for the Royals…6 out their 9 starters wouldn’t care what happened during the game!

Does your team work together?

More than likely your team doesn’t have 70% of employees not engaged – most smaller businesses would struggle to survive with those kinds of numbers…but it is possible that you’ve got 20%, 30% or maybe even 50% of your employees who aren’t really engaged…aren’t working as part of your team. Is it possible you’ve got people who show up and only do what they have to to get by and nothing more? That doesn’t get you into the playoffs (or into successful, profitable growth…).

What does it take to build a great team and get them all working together? There are a lot of big thinkers out there who are trying to answer that question

For example this past year, Zappos adopted a new management approach called Holocracy as a way to build more teamwork and be more nimble. I’m sure there’s a lot more to it, but the essence of Holocracy is trading a traditional management structure for a bunch of autonomous teams that own getting the work done. Everyone is clear on what needs to be done and they work to their collective strengths to make things happen – escalating whenever they feel ‘tension’ in the system and they need help with obstacles (internal or external). (See document from Holocracy.org)

Another approach that’s getting more attention these days is ‘Ownership Thinking‘ – conceived by author and consultant Brad Hams. Ownership Thinking is a model for helping your employees adopt an ownership mindset. The idea is to get everyone focused on getting the right things done so everyone makes more money – it’s based on a lot of open book management ideas that have been around for quite a while.

Any of these more formal programs might be a great fit for your team, but it might be easier to start by adopting a few key principles without  having to go all in on something. Here are a few things to consider if you want to create stronger teams:

1. Have a purpose that will engage the team

Obviously the Royals are focused on bringing the World Series trophy back to Kansas City (after a very long time). Most businesses can’t just go after a championship in the same way, but they can choose to change their part of the world. As an example, Employee owned New Belgium Brewing company has the following stated purpose: “To manifest our love and talent by crafting our customers’ favorite brands and proving business can be a force for good.” Pretty compelling isn’t it?

This seems obvious, but it can be really difficult to pull off. Hiring the right people has very little to do with skills and everything to do with attitude and fit for your culture. Remember the Royals don’t have the biggest payroll or the best stats at every position but they do have players that will run through a wall for each other and are willing to do all the little things in order to win.

3. Make it clear (and easy) for everyone to see how they make a difference

As soon as someone feels like they’re just part of a machine, just one more cog on the line, they’ll start dis-engaging. But if you can clearly show them in a transparent and positive way how they are contributing to the success of the team, then they will light up and engage because they want to make a difference – the key is to let them. For the playoffs, the Royals have a couple of players who are on the team because of their speed. Aggressive base-running is a fairly small part of the overall game, but it can make a major impact, especially when great defense and pitching keeps the score low. Those players know their job and focus on helping the team in the best way they can.

When’s the last time you thought about how you could create a better culture of teamwork at your business? Are you already focused on these 3 things? If not, what would it take to start doing that? What did I miss? Here’s to hoping the Royals can bring home the title – they’ve certainly built the team to make it happen!

I’d love to hear your thoughts below in the comments – let us hear from you.