What do Soap Operas and Social Media have in common?

What do Soap Operas and Social Media have in common? 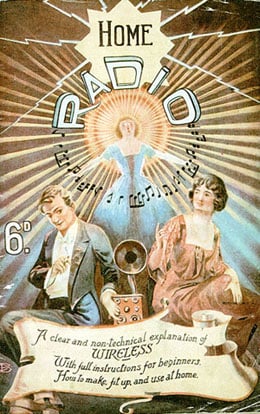 There’s a lot of people talking about how bad the economy is, how bad the impact on business is and how there are a lot of similarities between today’s current environment and the Great Depression.

However, it does inspire reflection and in my case a bit of a history lesson.

I ran across an article / post online that did a nice job making the case that the best defense is a good offense in difficult economic times.

The post was a response to a question about what industries and companies did well during the Depression and were there any clear reasons why?  You can find the whole discussion at Successful Companies and Industries during the Great Depression.

The gist of the response is that not only were there some relative winners during this period of time, but some of the most successful companies in the world actually got their start and really took off – many of them going strong 60+ years later.

How Radio Saved the day! 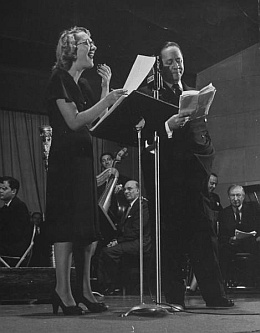 There were at least a couple of common threads that distinguished the winners versus the losers – the winning companies had enough cash on hand (CASH IS KING…!) to keep from going under and used that liquidity to attack the market and aggressively market their position.

Although print advertising went through changes during this period of time, the really new  innovation was the advent of Radio as a way to reach the masses.  Initially the format started out as an ‘infomercial’ type of approach – all about the great features and benefits of the product.  Not exactly something that listeners would go out of their way to tune into.

However during the 1930s, Proctor & Gamble took up the ingenious approach of sponsoring content that their target market would go out of their way to listen to:

The president of P&G at the time was Richard Deupree.  In spite of the fact that shareholders were demanding that he cut back on advertising, he knew that  people were still buying essential household products.  So he created radio programming that did not focus on a product.  Because of that, we now have a cultural attribute known as the “soap opera.”

In 1933, P&G went on the air with its first “soap” – “Ma Perkins,”sponsored by Oxydol. P&G was so satisfied with the increase of sales, they went on to introduce “Vic and Sadie” for Crisco, “O,Niells” for Ivory Soap and “Forever Young” for Camay. By the time 1939 rolled around, P&G was sponsoring 21 radio programs and they doubled their radio advertising budget every two years during the Depression.

Obviously Proctor & Gamble have more than managed to survive – they are one of the largest consumer product companies in the world.  They made bold investments during difficult times and they changed the rules of the game.

What’s the take-away for today’s situation?

I don’t think radio dramas are going to make a strong comeback (although LonelyGirl15 on YouTube might kind of fall into that direction).  Instead, here are a couple of lessons that we should be learning from the past:

1.  When things get tight, you’ve got to go out and keep pounding the drum.

That doesn’t blindly mean pouring money into lots of different advertising venues, you have to be smart and you have to look for Return On Investment.  If you’ve got marketing that’s worked for you in the past, keep it up (maybe cut some other things and even consider increasing it).

Along those lines, if something hasn’t been working – stop immediately, even if you have to buy out of a contract.  Use that money on marketing efforts that do work and ideally that you can track in terms of effectiveness.

If you don’t have a clear idea of what works, then don’t shut down, instead run smaller ‘test’ runs over time and systematically figure out what hits your marketplace.

2.  Figure out how to latch onto the ‘New’ Paradigms of marketing

Just like P&G invented content sponsorship back in the 1930s drastically changing the way advertising and marketing worked and was delivered, we are currently going through a similar shift in today’s marketplace.  Social Media – interactive ways that your prospects and customers WANT to engage with you is the new twist that every business should be picking up on.

The brute force approach of hammering your prospects with unwanted calls, spam, mail or in your face sales calls is rapidly dying.  Instead people are looking for ways to engage with stories, brands and businesses they can relate to.

They want to Know, Like and Trust the people they’re buying from.

They want to interact, they want to be a willing part of the process…on their terms and in their time.

That means you as the marketer / business owner need to make yourself available, transparent and deliver quality experiences as well as quality products and services.  Deliver value with every contact – exceed expectations consistently and reap the rewards of not only customer loyalty, but customer advocates that do a lot of your marketing for you.

It’s not going to be easy, but there many businesses that will emerge stronger from the next couple of years than they went in.  Keep a close eye on your cash flow but keep pushing and investing…in the right ways.

I’d love to hear other opinions on this – share them here!

2 thoughts on “What do Soap Operas and Social Media have in common?”