What can You learn from Jury Duty?

What can You learn from Jury Duty? 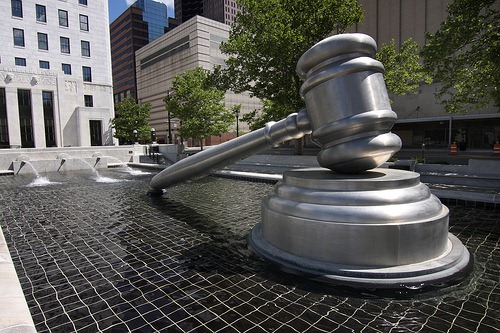 I had the ‘opportunity’ to participate in Jury duty last week.  It was the 3rd time in the last 10 months that I had been called, but the first one that actually went to selection.  If you haven’t gone through the process before, you receive a notice in the mail and they have you call in the Friday before your date to find out if you need to show up that following Monday at the courthouse.

Because my previous experience had been a non-event, I didn’t really clear my schedule other than that Monday…and unfortunately I had a pretty full week planned.  At least until I actually got selected for a jury!  Everyone will tell you their theory or favorite way to get out of being selected (including wearing red because it implies you are assertive, which attorneys don’t like).  In this particular situation, I’m not sure it would have mattered – the court was very aggressive with reasons why jurors should be excused, and even most that were excused were sent to another courtroom that was still short of jury candidates.  End result -  I was on a live jury for the first time.

Here’s what I learned from the ordeal overall:

The wheels of justice turn slowly…

I was on a civil suit that had been filed originally in May of 2009, so it took over 18 months to get to trial.  On top of that, it wasn’t all that complicated of a case.  The case centered on a commercial building lease and a perceived breach of contract.  We could have covered all of the important points in about 2 hours…instead it took 4 full days!  The only good news is that the jury deliberations took about 1/2 hour, and it was only that long because we had to figure out how to interpret the judge’s directions the right way.

It’s important to be clear…

The plaintiff was the owner of the building and the crux of their case hinged on the tenant not living up to the terms of maintaining the property.  Unfortunately the contract was terribly written and didn’t specify in any detail what maintenance needed to be done.  It’s difficult to declare breach of contract when there’s no clear language to hold people to (it also didn’t help that they waited 6 months to ask for money).

The importance of being clear was also reinforced by both lawyers…who seemed to go out of their way to be ‘NOT’ clear (and to repeat themselves over and over).  I know lawyers in the courtroom have to follow certain standards, but I’m pretty sure they don’t have to be obtuse.

Not to do business with a certain real estate investor…

The building owner who filed the suit not only bullied his partners out of their stake in the building, but clearly was suing the tenant as a way to make up for a bad investment decision.  He was in over his head, showed poor judgment several times along with a severe lack of management skills and then looked to the courts to bail him out…the case should have never gone to court in the first place, which is why there were almost no deliberations.  He made it very easy to decide for the defendant!

Appreciation for the overall legal process and the jury

It was really interesting to see all of the components of a full trial setting.  Obviously you see a glamourized version on TV or in movies, but it is enlightening to get to see things from start to finish.

I was also really impressed with the jury members – we had a diverse group ranging from a twenty something bartender, a former policewoman and an active practicing Doctor.  Overall it was a really sharp group of 12 individuals that really believed in doing their civic duty and doing the right thing.

Unexpectedly missing 4 days when you are the sole owner of a business is pretty disruptive…both for me and for my clients!  I’m going to be making up for it for at least the next couple of weeks – but even with that issue, it was very interesting and I’ve got a new found respect for the kind of people that live in our county and the system that we are all protected by.

What about you?  Any good jury stories?  I’d love to hear your thoughts – share them in the comments below.