We live in ‘Interesting Times’…now what?

We live in ‘Interesting Times’…now what? 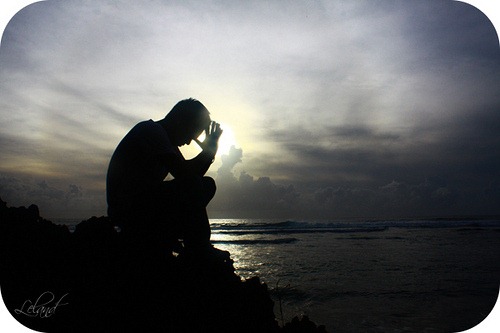 There’s a famous sentiment that’s attributed to being an ancient Chinese curse:

“May you live in interesting times.”

According to wikipedia that’s followed up by the lesser known but equally chilling: “May you come to the attention of those in authority.” and “May you find what you are looking for”.

It’s always been challenging to be a small business owner – that’s just part of the deal, but it’s not a stretch to say that business owners today are more challenged than ever before.

I don’t know that we’ve been cursed, but we are indeed living in ‘Interesting Times’.  Maybe everyone feels that way about their particular time in history, but you’d have to give our current situation a lot of points in this category.

Here’s just a quick sample of what we are facing today:

I’m sure we could come up with a much longer list with some time and maybe a few beers…but even with the tip of the iceberg it’s clear that business owners are facing a lot of challenges.

Having said that, you’ve got to let it all go!  It’s human nature to spend time admiring the problem…or complaining…or sitting curled up in the fetal position whimpering in fear, but the reality is that none of those things are going to help.

So what can you do?  Here are a few ideas that might help…

The late, great author Stephen Covey covered a lot of important ideas in his book the 7 Habits of Highly Effective People but one that’s always stood out to me is the idea that effective people focus on their circle of influence rather than the circle of concern.

On the other hand, focusing on your Circle of Concern…which includes almost all of the big challenges mentioned above, is a waste of time and energy and won’t get you anywhere.

Although we are living in interesting times…which generally denote a lot of challenges, it’s also a time for a lot of opportunities. Let’s face it, a lot of your competitors have been worn down over the last few years and they don’t have the energy, focus or desire to make some changes or do something new.

You, on the other hand, are an entrepreneur, an optimist…the glass is not only half full…it’s half full of liquid gold!

The point is that your mindset determines what  you’ll see, and if you actively and purposely start looking for opportunities, problems you can solve, value you can add, then you’re going to find ways to grow your business.

Those Boy Scouts are pretty wacky sometimes, but they have a heck of a motto.  One great way to minimize the impact of big risks and changes is to routinely be looking ahead and proactively preparing for likely outcomes.

Develop an ongoing strategic planning process.  I suggest an annual strategy session with your leadership team (and an outside advisor or coach).

Spend some time doing a SWOT analysis (Strength, Weakness, Opportunity and Threat) to help you identify and prioritize ideas that will have the most impact on your business.  From there develop your top priorities for the year and make sure everyone on the team knows their role and what they’re going to do for the next 90 days.

Repeat the planning part of that work at least every 90 days and stay on top of progress and issues.

By taking control and proactively looking at where you are and where you want to be, you will build and maintain the kind of momentum that will help you win…and you’ll avoid many of the potential challenges that ‘interesting times’ can bring.

Yes we live in interesting and challenging times, but we also live in amazing times.

We can do things now that were considered science fiction 30 years ago (smart phones, military drones…and even jetpacks – seriously check out that last link!).

It’s easy to get overwhelmed, to focus on the negative, but if you approach what’s possible today with a sense of wonder, then it all seems to be a lot more manageable.

Do you spend a lot of time thinking about big problems, of living in ‘interesting times’?  What could you focus on instead that would really move your business forward in the next year?

We’d love to hear your thoughts – share them in the comments below.