I just got back from vacation a couple of weeks ago – we stayed in Grand Lake, Colorado, which is on the west side of Rocky Mountain National Park.  We had a great time, I got some fantastic pictures and I left thinking about Taxidermy (more on that in a minute).

It’s a beautiful area, the temperature was much lower than Kansas City and there is some great hiking in the National Park area.  I would highly recommend it for a summer family vacation area.

One of the cooler things we did was a tour of the Holzwarth Historic Site which is inside the park on the western side. 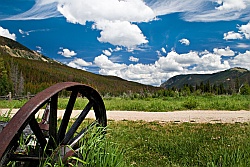 It’s a beautiful area, but what made it really interesting was the ranger / volunteer that shared the story about how the historic site was founded by John Halzworth back in the 1920s – originally as a dude ranch.

It turns out that John Halzworth was originally from Germany and came over to the U.S. in the late 1800s as an indentured servant and eventually ended up in Denver starting and successfully running a saloon.  He achieved the American Dream.

Right up until he got hit by the Prohibition and everything got shut down in 1916. (you could say that things ‘dried’ up)  😉

Time to start over

Left with no business, some money and a desire to build something that would last, he decided to move to Grand Lake and he ‘homesteaded’ a plot of land in the Kewaunchee Valley and created a Trout Lodge which eventually morphed into a Dude ranch that lasted until 1973.

He moved his family to this remote but beautiful setting and started a new life and a new business and a new pursuit of that American Dream. 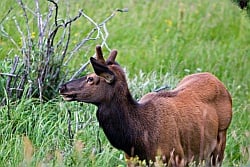 As part of that process, he decided that he needed to learn Taxidermy as a service to the many hunters and fisherman that stayed at the guest ranch.  The only problem was that  he didn’t know anything about Taxidermy.

So he ordered a mail-order ‘how to’ book and very successfully learned on his own!

As the Ranger guide pointed out, he didn’t have access to the internet, or videos and he lived in the middle of nowhere and he was still able to learn a new skill!

How would you learn Taxidermy?

Contrast his approach of ordering a book sight unseen as compared to what the average person would do today.

First stop would be Google, where a search on How To Taxidermy  gives you dozens of pages of links you could explore, along with quite a few vendors offering training, classes, DVDs or guides.

The second link on that search page is a forum entry at Taxidermy.net with a discussion on recommendations for the best way to learn how to do Taxidermy, including several opinions and recommendations.  A quick read looks like the initial consensus is for the WASCO videos as the preferred way to get started.

Follow that up with a search on WASCO Taxidermy videos and you can get all sorts of feedback and opinions from people that have used the product.  It’s potentially information overload, but you can certainly get a good idea of the products that are worthwhile.

And those that aren’t…

Interesting, but so what

The reason this stuck with me was that I’ve been giving a lot of thought to how marketing and selling has changed since the advent of the Internet.

It boils down to the end of brute force marketing and sales – you can’t make people buy your product just by telling them how great it is.  People are looking for social proof that other people are happy (or unhappy) with your product, and they know they can find that information on the internet. *Note – here’s another good article on Social Proof that you might find helpful.

So if you don’t have a website (or have a really bad one) and don’t have a business presence on the web, keep in mind that people are likely talking about you, your products and services anyway and without you to balance that conversation (or help steer it) it may not turn out the way you’d like it to. 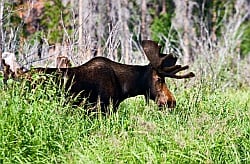 I don’t actually have an interest in learning Taxidermy, but if I did:

I am in charge of my purchase decision, and if the vendors want a shot at getting my business, they need to show up where I’m looking – online and ideally they should be generating some goodwill and a place for people to have a conversation with them.

Do you have a marketing presence online? Maybe it’s time to fix that.

Until then, share your thoughts about what works for you (as a buyer or a seller) online.