Want to Succeed and Scale? Simplify...!

Want to Succeed and Scale? Simplify…! 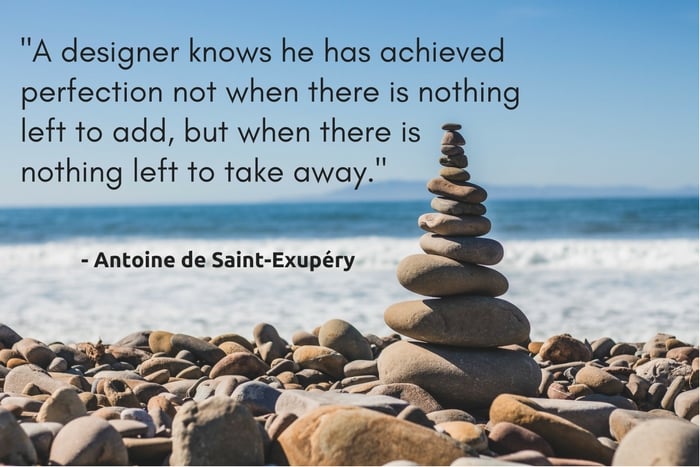 I really enjoyed learning physics back in high school and college. You could take a relatively complex situation and predict what would happen – with a few assumptions, some clear laws and principles and some higher end math, you could figure out exactly how far that 10 lb. cannonball would fly out of a cannon…or whatever. It could be complicated, but it was something that you could ultimately understand and predict.

Wouldn’t it be great if you could apply the same kind of thinking towards business success and growth?

Well maybe in a limited way you can.  At least that’s the premise of Richard Koch and Greg Lockwood in their new book Simplify.

You might recognize Richard Koch’s name – among many other things, he’s the author of The 80/20 Principle. In that book, he explains and expands the idea that in any system, roughly 80% of the results are driven by roughly 20% of the inputs. As an example, a ballpark of 80% of your profits likely come from approximately 20% of your client base. And although the concept seems arbitrary, it’s actually been proven over and over again – going all the way back to the early 1900’s when Vilfredo Pareto first discovered what he called ‘The Law of the Vital Few’.

In ‘Simplify’, the two authors outline a new principle that explains the massive success of many modern businesses, they Simplify.  More specifically, they follow one of two strategies of simplification – Price Simplification or Proposition Simplification.

What is Price Simplification?

As you probably know, Henry Ford didn’t invent the automobile. When he first started making cars, there were actually hundreds of other car makers around. However, almost all of them were building custom-made, premium cars that only the very wealthy could afford.  Ford decided he wanted to be different – he wanted to make basic transportation (via the automobile) available for the masses.  His car would need to be easy to drive and maintain, suitable for families, as simple as possible and most of all, it would be much, much cheaper than the other cars on the market.

The cost reduction in making the cars came from several different ideas:

It turns out that Ford wasn’t an exception – just a great example of Price Simplification. If you can eventually cut the price of a desired product or service by at least 50%, demand will increase exponentially, leading to mass market success.  Other examples include Ikea, McDonalds, Southwest Airlines and Dell Computers (at least for awhile).  In all of those cases, changes were made to the business model, operations, and product design to enable an equivalent (or even superior) product at a fraction of the cost of their competitors.

What is Proposition Simplification?

The other end of the spectrum is Proposition Simplification where the goal is to capture the higher end of the market by making a superior product that’s a joy to use.  And a big part of that joy is that the product is inherently simpler than the alternatives.

Apple is the obvious example in this space. In January of 1984, Apple launched the Macintosh into a PC market that was dominated by IBM and IBM clones (combined they accounted for more than 1/2 the market).  This was the first of Steve Jobs many strokes of brilliance – his vision for the Macintosh was to build a different kind of PC. One that was simple to use, intuitive, something that you could enjoy using.  Keep in mind this is the time when the IBM machines were all still using a DOS interface where you had to type commands (almost be a programmer) to even use a computer.  The Macintosh introduced the idea of the graphic interface (drag and drop files, etc.) and a mouse. Although it’s nothing like today’s computers, at the time it was a revelation… and a revolution.

Apple doesn’t compete on price – the Macintosh was purposely priced at a 25% premium to the rest of the PC market, which kept them out of the mass market category but generated very strong profitability and customer loyalty. In 2010, Macintosh’s global market share for PCs was just 7%, yet it accounted for 35% of the industry’s profits!!!

Other Proposition Simplifiers include Uber (a vast improvement on traditional taxis that also happens to be cost-effective), Airbnb, and General Motors (in response to Ford’s price simplification, GM focused on building cars that were not just basic transportation, but compelling designs and brands).

Could you Simplify in your business?

The examples above are all world class companies and for many of us, it’s hard to imagine competing at that level and scale. That said, the strategies of simplifying could improve the demand and/or the profitability for any business, even if you don’t intend to become a global brand.

Keep in mind that if you want to simplify, you must choose between a strategy of Price Simplification or Proposition Simplification. If you try to do both, you’ll end up with a mediocre outcome and ultimately hurt your business (think IBM with PCs or Airlines rolling out budget brands to compete with Southwest).  Your company is likely a natural for one or the other strategies, so pick one and do what you can to maximize on it.  If you’re intrigued by the concepts, you should definitely check out the book, there are a lot of great stories and examples that illustrate the bigger picture.