Use that high pressure nozzle…

Use that high pressure nozzle… 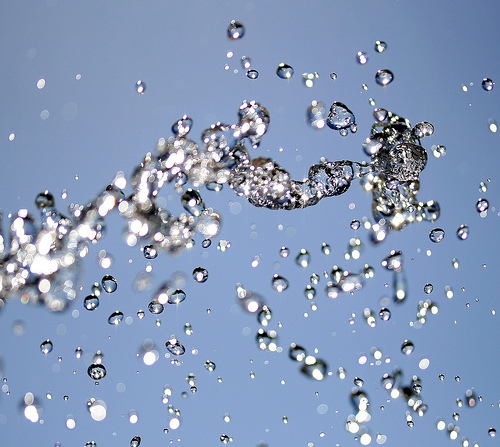 I was talking with a business owner the other day and he was pretty stressed.

Overall things were going well for him, but he was in a constant state of crisis with a huge backlog of things to do.

He estimated he had a list of 20 things to do that were all #1 priorities.

One of the top priorities was to develop a comprehensive marketing plan instead of dabbling here and there without an overall strategic direction.

Another top priority was to hire the right employee – which actually led to an even higher priority of deciding which area of the business made the most sense for delegating responsibility.  Should it be a sales/marketing person?  Or should it be a operations / delivery person?

Another top priority was to get a long term vision down in writing, primarily so it became a concrete tangible set of goals to shoot for, but also so it could be communicated to the rest of the team (you know for when they get hired).

Yet another top priority was to set aside some regular time to focus on sales strategy and develop some new ideas on how to close clients more quickly and easily.

We ran out of time for the discussion, but I was convinced that there were easily 20 things on the list…and it was pretty clear that they were all very important.

Have you ever had to clean off your driveway or sidewalk when it’s got all sorts of mud and dirt all over it?

The hose is likely the tool of choice, but if you just use a plain old hose the general result is that you end up spreading the mud and dirt around even more and don’t really make much headway.

However, if you put on one of the high speed nozzle attachments and turn it to the ‘jet’ setting, it’s almost like putting a hot knife through butter.  You can quickly get down to bare concrete.  You’re only dealing with a small section of the driveway, but it quickly gets washed clean and you can move on to the next section.

When you’ve got a bunch of things to get done, it’s pretty common to use a shotgun approach and multitask in an effort to get a lot of things done at once.

So how’s that working out for you?

More than likely you’re just moving the dirt around and potentially making an even bigger mess than you had before.

You make a little bit of progress on several things, but stuff changes over time, you change your mind on what you want to do and ultimately not very much gets done (and you get more and more stressed!).

Maybe – and I’m just spit-balling here, you should pick one of your top 20 priorities and just work on that until it’s done.

How do you pick which one to do first?  It probably doesn’t matter as much as you think it does, but if it feels better, spend 1/2 hour in a quiet place and prioritize your list.

Then take your short list to your coach or your peer advisory group and get some outside feedback on what you’re thinking (and feeling) as the top stress points.  Are any of the items on the list going to make it easier to get something else done?  That might be a good candidate.  Or maybe you start with one that you know you can get done pretty quickly.

Even if it feels like it’s going to take a long time to get the whole list done if you go one by one, I guarantee it’s faster than not getting much of anything done and you will get a great boost every time you successfully knock something off the list.

And while you’re at it, take a little time out to squirt the kids and have a little fun.

So what’s on your big list of top priorities?  How do you make sure you get things done?  I’d love to hear about it.

2 thoughts on “Use that high pressure nozzle…”