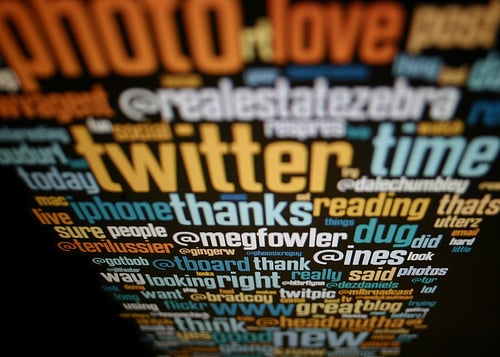 Ashton racing CNN to get to 1,000,000 followers.  Oprah’s on, along with lots of other celebrities.  Growth for twitter the last year has been 2565%.  It’s even being used successfully for business – here’s a great Forbes article on a CEO that’s using it for her business.

The number of twitter profiles is now over 18 Million.  I think it’s safe to say that twitter has hit a tipping point.

But if you’re like most people that I know, the first question is ‘What is Twitter?’ followed closely by ‘What is the big deal and why should I care?’.

The reality is that if and when you go out and try twitter, you are extremely likely to shake your head, look confused and shut your computer off in disgust trying to figure out what all the noise could possibly be about.

One of the secrets about twitter that’s not obvious is that www.twitter.com actually sucks right now when it comes to using twitter – that’s what most new users try to use and justifiably walk away frustrated and overwhelmed in a very short time.

Twitter’s not for everyone, but read on and see if some background and suggestions on what everything means and tips on how to use it might help change your perspective.

First thing to recognize is that despite all of the hype and discussion, twitter is simply a communication tool.  It’s described as a micro-blogging platform that only allows posts of 140 characters at a time (that’s characters, not words – spaces and punctuation count as spaces as well – bottom line, it’s a short sentence and that’s it).

I’ve also described Twitter as a stream of 1 sided conversations that are passing by you all the time – the twitter public stream has a few million posts per day and you can theoretically just listen to them as they go by.

Twitter doesn’t really have a purpose (other than as a tool for communications) – it was developed in 2006 as an offshoot to a podcasting company (Odeo) that was failing.  The team was using it as a way to communicate with each other and recognized that there would be broader interest.

Twitter is not currently making any money, but they are valued at a $250 Million on ‘future’ potential and they did turn down $500 Million (in stock) from Facebook.

The more interesting thing about twitter is the community that has grown around it, complete with etiquette, lingo and guidelines.  Because twitter is part of the Social Media universe, it is first and foremost considered to be a social platform – think and behave as if you were at a party at someone else’s house.  Be nice, make friends, add value – this is all part of the context of how most people generally behave on twitter.

What doesn’t fly at all are the people that get on and consistently blast “Buy my stuff”.  It doesn’t work in the real world and it doesn’t work on twitter!

Starting a twitter account is pretty straightforward.  You start at www.twitter.com and press the large ‘Get Started – Join’ button.  From there you create a twitter name, password and associate it to an email address.

TIP:  Your twitter name should really reflect you personally or your business and it needs to be relatively short.  Transparency is important (that you are who you say you are and that you’re not hiding anything) and it needs to be short so that you don’t waste characters on your name.

At any given time, tens of thousands of people are tweeting their updates.  These are going out into the public (so be careful what you say) however you won’t be able to see them unless you happen to search for a word that they’re using or…if you are following them.

If you want to see what someone is posting, then you need to follow them (they will have a little follow button by their name) – it doesn’t mean you are their friend, it just means that for right now at least, you are interested in what they have to say.  They may or may not follow you back at some point (often they will, and that’s a good way to get more people following you).

If you’re not following anyone, or if those that you are following haven’t posted (tweeted) then you won’t have anything to see on your home page.

Conversely, anything you post is only seen by those that are following you (if they are on at that time) or if your post comes up in a search at some future time.  If no one is following you, you are tweeting to yourself (although it’s still stored in the public stream and on your profile).

The next step is to create your profile – this is also fairly easy.  Go to the Settings link on the top right hand part of the page and check out the different tabs.  On the account tab, you need to add in your website URL.  You also need to create your 1 line bio – you get 160 characters so be concise.

Finally there is a box at the bottom that says ‘Protect My Updates’.  DON’T CHECK THIS BOX!!!  It sounds reasonable, but the reality is that you won’t end up interacting with anyone and you will miss the whole point of the thing.  Many people fall into this trap – it doesn’t hurt to share your updates.

TIP:  List your website – if you don’t have a website or a blog – call me and I’ll recommend someone to build one for you because you should have one.  However for the time being you can also use a LinkedIn or Facebook profile.

TIP:  Your bio should be interesting and about both you and your business – cruise around and see what other people have done if you’re stuck.

Finally – tab over to the pictures tab and upload a picture of yourself (or maybe your company logo or a meaningful avatar).  It’s important (again for transparency and so people recognize you) to show them what you look like.

First step – leave www.twitter.com and go to TweetDeck.com (I also like Tweenky.com).  These are applications that have been developed to make it easier to navigate the twitter interface.  As mentioned before, the basic twitter interface is overwhelming and hard to use.  (although it is getting better).

One of the things that’s great about Tweetdeck specifically is that it allows you to create ‘groups’ that are subsets of people you are following.  Once you start following more than a couple of dozen people, it can be chaotic to actually get a sense of what’s going on.  By separating out ‘work’ versus ‘hobby’ versus ‘friends’ (or whatever breakout makes sense to you), it’s much easier to focus on what you’re interested in at any given time and to participate in conversations.

The other thing you can do on tweetdeck is create a separate column based on search criteria.  As an example, I like to set up a search on #royals (I’ll explain the # – hash tag below).  This shows me everyone that is talking about the Royals (whether I’m following them or not).  During a game you can pick up all sorts of updates and commentary from everyone else is watching (Farnsworth blows up again…).

So what’s the point?

Twitter can be used for a lot of reasons – here are a few that I think are worthwhile.

Another interesting app is TwitterLocal ,  it lets you download and install a desktop app for listening to anyone who tweets in a specific geographic area.  It can be fascinating to see what people talk about in your neighborhood and it can be a good way to find new people to connect with.

TinyURL – there are a lot of web services that enable you to replace a long URL (like for a blog post or article) with a tiny url that only take up a few characters.

@ (At – ing) – When you are directing a post to someone (or shouting out to them)  “@tararenze Tara, thanks for the follow. Great to see you on Twitter.”

DM – Direct Message.  The only truly private communication to 1 other person, no one else can see or search on the direct message you send to someone else.

RT – Retweeting.  You would retweet someone else’s post to help them get the word out.  It’s a nice way to support a friend or a message you think is important.

# (Hash tag) – Hashtags are a formal way to designate a topic so that everyone can purposefully search for that topic.  (i.e. #wolverine would be about the X-Men character, but searching on just wolverine might get you a discussion about the animal and the character both – which might be confusing).

You will run across all sorts of people on twitter – a large percentage of them are just messing around.  They’re telling people what they ate for breakfast, or something equally inane.

Find people that are interesting to you or talk about things you’re interested in.  Into Photography – follow people that are into photography.  Into Mizzou?  There’s people talking about that as well.  Pretty much any topic you can think of is being talked about, and if it’s not, then you can start the conversation.

It’s not for everyone, but it is a tool that is getting a lot of attention and has a lot of creative uses – personally and professionally.  If you want to connect to people, amplify your message and let people know what you’re up to (that’s important and interesting) then twitter is probably a good bet for you.

Let me know what I missed – what questions do you have or other thoughts or suggestions?  Share them in the comments below.