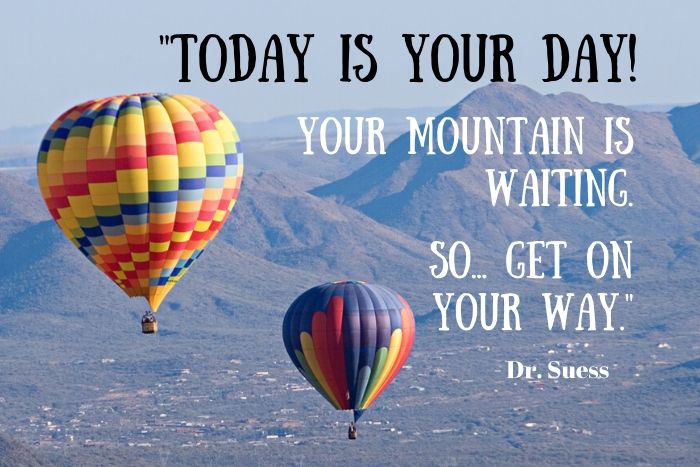 This is a great time of year to reflect and search for wisdom and inspiration as you start thinking about what you’d like to do next.  In the age of twitter and status updates, what better way to do that than to find some powerful quotes and use those as the seeds for growth.

Entrepreneurs and small business owners operate on caffeine, dreams and inspiration.  Sometimes those are in short supply, so if that’s the case for you – grab a cup of coffee (or a big diet Coke) and check out the following quotes we pulled together – specifically targeted for the business owner who’s ready to grow their business.

Successful business owners are part of that rare breed of people who make things happen.  It’s not that they don’t get bogged down in the same stress and fear that everyone else deals with, it’s that they understand and consistently apply an active approach.

“Do one thing every day that scares you.” – Eleanor Roosevelt

“To live is the rarest thing in the world. Most people exist, that is all.”  – Oscar Wilde

“I guess it comes down to a simple choice, really. Get busy living, or get busy dying.” – Character Andy Dufresne in Stephen King’s The Shawshank Redemption (Tim Robbins)

Fear of failure…or just plain old fear can keep you from making things happen. Change your perspective and get motivated!

There are no silver bullets. Plans and assumptions will always end up being wrong…but the act of planning, being prepared for uncertainty is what will make you successful.

“Everybody has a plan until they get punched in the face.” – Mike Tyson

“No business plan survives first contact with customers.” – Steve Blank, serial entrepreneur and author of Four Steps to the Ephiphany

“Let go of certainty. The opposite isn’t uncertainty. It’s openness, curiosity and a willingness to embrace paradox, rather than choose up sides. The ultimate challenge is to accept ourselves exactly as we are, but never stop trying to learn and grow.”  – Author Tony Schwartz

“When you’re testing to see how deep the water is, never use two feet.” – Mark Twain 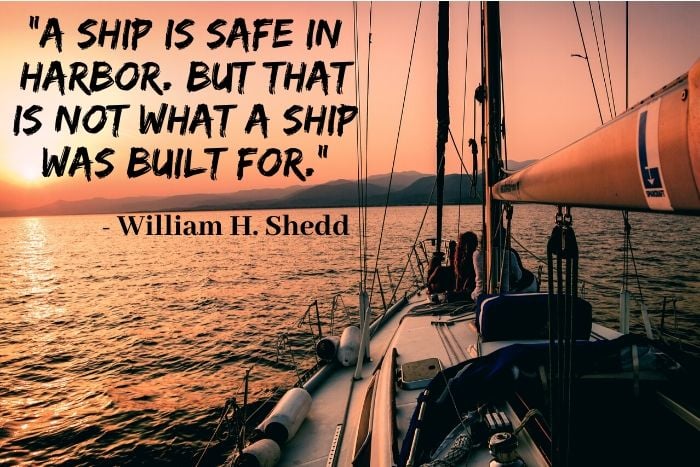 “A ship is safe in harbor, but that is not what a ship was built for.”   – William H Shedd

It’s a fine line between playing it safe, avoiding risk and getting in over your head.  The key to remember is that reward doesn’t come without risk so find ways to manage your risks, not avoid them.

What are you selling?

Entrepreneurs sometimes fall into the trap of building ideas.  They may be great ideas but the real test for a business is whether someone is willing to pay for that solution.

“Nothing happens until somebody sells something.” – Arthur ‘Red’ Motley, famous sales trainer

“You have to solve a problem that people actually have.  But it’s not always a problem that they know they have, so that’s tricky.” – Joshua Schachter (creator of Del.ici.ous)

You can’t have a hotdog stand without a hotdog.  Figure out what your core is, and get that right.” – Jason Fried, founder of 37 Signals

“Business is not financial science, it’s about creating a product or service so good that people will pay for it.” – Anita Roddick, founder of The Body Shop

What solution have you created?  Are you actively selling it?  If not, why not?

You will have bad days and there will be times when things look grim. That’s when you need to find your core…why you’re doing this in the first place and recharge yourself for the next go around.

“Nothing is impossible, the word itself says I’m possible!” – Audrey Hepburn

“I am the greatest, I said that even before I knew I was” – Muhammad Ali

“When you reach for the stars you may not quite get one, but you won’t come up with a handful of mud either.” – Advertising Executive Leo Burnett 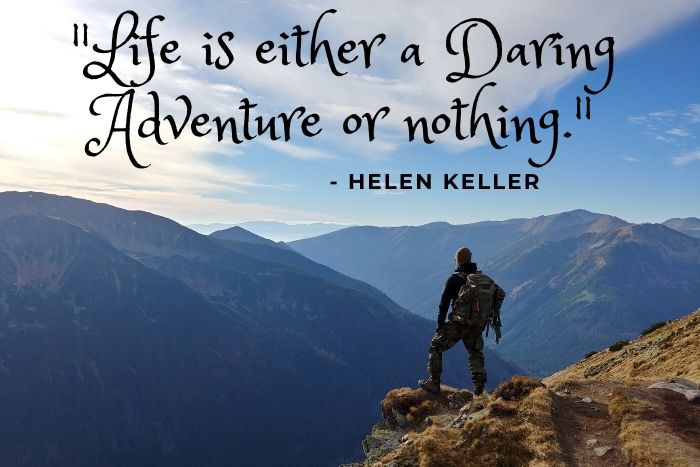 “Life is either a daring adventure or nothing” – Helen Keller

Growing a successful business requires the business owner to make a leap from doing the work to creating the engine to do the work.  Create the engine and create the habits of success.

“Entrepreneurs don’t do most of the work. Entrepreneurs identify the problems, discover the opportunities and then build processes to allow other people and other things to do the work.” – Mike Michalowicz, author of The Pumpkin Plan

“You will never change your life until you change something you do daily.  The secret of your success is found in your daily routine.” – John C. Maxwell

“Greatness is not a function of circumstance. Greatness, it turns out, is largely a matter of conscious choice, and discipline.” – Jim Collins in Good to Great

“We are what we repeatedly do.  Excellence, then, is not an act, but a habit.”   – Aristotle

What’s something you could change about your routine that would make you more successful?  Maybe another one of my favorite quotes has an idea for you? (Bonus #26):

Any of these quotes resonate for you?  What are some of your favorites quotes that aren’t listed here?  I’d love to hear your thoughts – share them in the comments below: