Things going too fast? How to get into the zone

Things going too fast? How to get into the zone 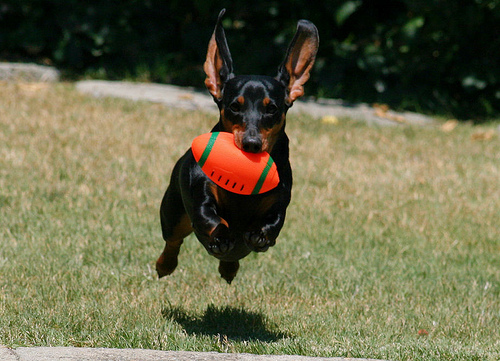 – Fountains of Wayne, All Kinds Of Time

Although the song is about football, the idea that things are coming at you fast (trying to tackle you) also applies to owning your own business.

You’ve got clients / customers asking for help…you’ve got people asking you for money…you know you’ve got to pull together a marketing plan, a strategic plan, something to make 2009 better than 2008.

You’ve got employees that don’t show up – or do show up, but don’t do what they’re supposed to do.  You’ve got a family that would like to spend some quality time with you.  You’ve got prospects that want to buy from you, but you haven’t had the time to follow-up with them.

You’re being bombarded and everything is just moving too fast!

Make it slow down

A lot of people that are put under pressure react the wrong way.  They put their head down and try to do more…or they reach sort of a breaking point and just let stuff start hitting the floor.

The trick is to make everything around you slow down.  Get into the ‘zone’.

Once you get control, then things become easy.

Have you ever watched someone that’s an expert at their trade, when they are really in their element?  Have you seen fry cooks in a restaurant kitchen during a dinner rush?  It can be an amazing thing.  To an outside observer, it looks like chaos, but everything is prepared as ordered and delivered in a timely way.  They are in the zone and things seem slow to them.

The question is what can YOU do to get things to slow down?

When you develop expertise, everything becomes easier.  Developing that expertise requires practice, training, and a constant evaluation of how you’re doing and what you could be doing to get better.

It’s not just about doing the same thing over and over.  Granted, whatever you spend lots of time on, you will likely get better at, just through repetition…but you can get a lot better a lot faster if you apply more focus and intent.

Imagine 5 guys on a basketball team and all they do is open scrimmage, just playing the game.  Assuming they have some leadership on the team, they will get better over time, but they will be light years behind a team of similar talent that has a coach that can give them candid feedback, take them through drills and exercises to help them see things in a different way (zone vs. man to man) and help develop their individual skills.

Practice is a big part of it, but practicing and improving in the right way is how to really develop.

This is going to sound goofy, but I promise if you give it a try you will see positive results!

You can learn a lot from watching Scrubs (the TV show).  I was watching an episode the other night and JD was feeling especially stressed.  He knew what to do, he knew how to do it, but everything was moving too fast, it was too loud and his lack of focus and composure was shaking his confidence.

The recommendation to solve his problem…when ever he could feel the stress coming on, was to stop…slowly take in a deep breath and slowly let it back out.

It turns out Deep Breathing, done correctly has a lot of benefits, including reducing stress and helping you focus.  There’s a good post on Zen Habits about taking 6 seconds to relax that will give you some more background on this.

Have a plan!  (One that makes sense and is achievable)

Part of the reason that a lot of people feel overwhelmed and lost is because they are lost…(big help isn’t it?).  Either they don’t have a long term plan (or set of plans) or the one they have is invalid, out of date, or just not useful.  Either way, they’re likely just shooting from the hip and reacting to whatever happens.

You may be trying to do too much too soon.  Assuming that you can expand your operation to two new locations when you’ve never expanded before is likely asking for trouble.

Maybe you’re going in the wrong direction altogether.  Putting a lot of energy and money into a product that doesn’t have great margins or long term sustainability isn’t going to work.

However if you have a clear idea of what you want to do and how you might achieve that, then at least you’ve got a fighting chance.  As new things come up, if it’s not in your plan, then either say no or take some time and reevaluate the plan.

You should be planning and reevaluating that plan at least once a quarter.

Last point – how likely is it that you’re spending time as a business owner doing something that isn’t a strength of yours, something that you don’t enjoy but because you want to save money or you just don’t trust anyone else, you do it anyway.

If you’re like most business owners I know, it’s pretty likely that you’ve got at least 1 thing that falls into this category and it’s likely you’ve got several.

If you’re not a whiz at and enjoy doing your bookkeeping or accounting, find someone to do it (I have a recommendation for a good CPA if you’re looking for one).

If marketing or sales aren’t really your thing, consider finding a way to get some help.  Maybe it’s a freelancer, or a part time resource – something that will allow you to free up your time so you can start working on the big picture (which is really something that no one else can do for you).

One caveat with getting help…this has to be controlled delegation, not abdication.  It’s your business and if you want it to work, you need to make sure you understand and have a way to measure success for whatever it is that you’re handing off.

There are lots of ways to get into the zone – what works for you or what have you seen other people do?  I’d love to hear ideas and suggestions – share them down below!