The Science of Selling – Reactance Concept

The Science of Selling – Reactance Concept 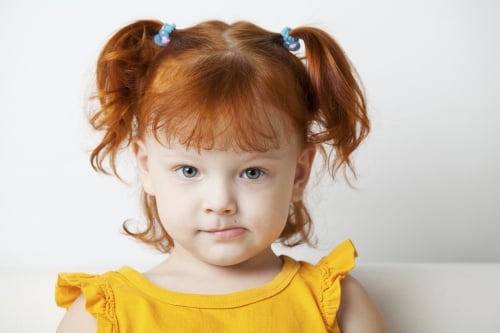 Have you ever had an experience with a little kid where you had to tell them they couldn’t do something?  If it’s something they’re really into, then the response you got was likely a strong look of defiance, maybe hands on hips and a spirited “No…you can’t make me”.  In fact, the harder you pushed, the harder they pushed back…until one of you collapsed into a tantrum.

It turns out what that kid was demonstrating is something called “Psychological Reactance” – here’s a great article that really explains the theory:  Reactance Theory  In a nutshell, we are all wired (not just kids, but all of us) in such a way that if we perceive our freedoms are being curtailed unfairly in any way, we will push back and fight against the perceived limitation.  It’s not a logical thing, it’s an emotional thing.

Here’s a good summary from Jack Brehm – the University of Kansas psychologist who developed the theory:

“Whenever free choice is limited or threatened, the need to retain our freedoms makes us desire them (as well as the goods and services associated with them) significantly more than previously”

Think about the classic Romeo and Juliet scenario of ‘forbidding’  your daughter to date somebody you don’t like?  What’s likely to happen?  You just pushed her into pursuing the wrong guy?

Obviously with kids reactance plays out in a much more visible way, but it’s still happening with adults – and if you are trying to influence them…if you are trying to convince them of something, there’s a good chance that you are going to be perceived as limiting or threatening their free choice.

So what does this have to do with Sales?

All of this pulled together for me the other day – I’m doing a refresher course on sales training and one of the key principles from the training that really jumped out at me was:

“You can’t convince anybody of anything.”

This is based on Reactance Theory…it’s not possible for you to impose your will on someone else externally and have it stick (sure you could hold a gun on them, but I’m talking about in a normal, business influence kind of way).  In short, you can’t create the motivation for them to take action – that motivation has to come from within.

For someone who’s uncomfortable with the idea of selling, this notion is really powerful – you don’t have to develop and deliver the perfect argument, the perfect sales pitch every single time.  Even if you could, it wouldn’t matter because “You can’t convince anybody of anything” anyway.  In fact, the harder you push on your idea, the harder they are likely to push back if they feel like you’re telling them what to do.

You can’t make me buy your stuff…!

If that doesn’t work, then what does work?

Therefore, getting your prospective customer to move requires you to get them to engage…ask questions and have them supply the answers.

Let’s say they do have some ideas on what might help them – by asking the question you’ve engaged them and they start coming up with possible solutions (internally).

Maybe they legitimately have no idea what would help them.  If that’s the case, then you could present an example and ask them if they believe that might help them.

Again the key is to engage them.  You’re not telling them what to do, you’re not threatening any freedoms but you are letting them decide for themselves what might work.

Reactance can work for you as well

Another implication of this idea is that people don’t like to be told they can’t do something.  So if you have a prospective customer who is clearly interested, but hasn’t been motivated enough to take action, a little Reactance might be just the thing to get them moving.

It’s a fairly simple idea, simple push them towards the opposite outcome.  Here’s the picture…you have a prospective customer who has expressed interest in your help or product, but they haven’t been willing to commit to anything.  They want to ‘think it over’ some more or they continue to focus on details that don’t really seem very important as a way to avoid a decision.  To use Reactance you have to draw the line – in short, tell them you don’t believe you can help them and that you are going to close their file.  They are now feeling an emotional pull to prove you wrong…who are you to tell them that you can’t help them?  Often this will provoke new interest and will get the ball rolling again.  And realistically, if they weren’t moving before, you really don’t have much to lose.

This idea / approach is also called Negative Reverse Selling and one of the first places I ran across it was via Sandler Sales training – here’s a good summary of The Reverse Sell per David Sandler.

What do you think?   We’d love to hear your thoughts in the comments below, but I can tell you’re the kind of person who would never leave a comment on a blog.  (see what I did there…).  😉