The power of thinking bigger

The power of thinking bigger 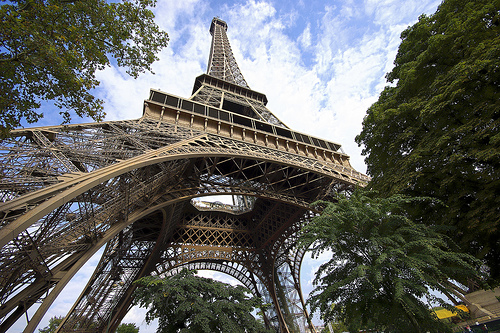 Thinking bigger is how progress is made, how stuff gets invented, how revolutionary change happens.

Thinking bigger is also how you can inspire – yourself and others.  I’m sure you’ve heard the story about the three bricklayers:

When asked, “What are you doing?”, the first bricklayer replied:

The second bricklayer was asked. He answered,

The third bricklayer when asked the question,

“What are you doing?”, responded,

Which of those are you likely to get more excited about?  Obviously you need to feed your family, but when you can also translate that into a bigger vision…then amazing things can happen.

Thinking bigger doesn’t have to be about changing the world (although that’s cool if it happens), it’s also about moving up and away from the bare minimum to get by mentality.

Here are a couple of radically different examples of what I mean:

You’ve probably heard about the X Prize Foundation – they awarded $10M in prize money a couple of years ago for the first group to do private sub-orbital flights.

Their latest contest is a $10 Million prize for the winner that creates a practical car that gets 100 miles to the gallon fuel efficiency.

Cars competing in the “mainstream” category must be able to fit four passengers, luggage, have four wheels, air conditioning, play tunes, go from zero to 60 in 12 seconds, hit 100 mph and have a range of 200 miles. “Alternative” class vehicles (such as above) have less design constraints. It’s all going according to plan over at X Prize…

There’s some more detail on the article/post at Wired.  Can you imagine the possibilities if this drives up some new ideas or technologies that can be used in the near future?

Bill Harris writes a blog called Dubious Quality (and he’s been doing it for a long time now).  He’s a very entertaining writer in a low key kind of way and he writes about stuff that he likes.  A lot of his posts over the years have chronicled his son Eli growing up and a lot of the goofy things that kids do.

One of Bill’s latest post is an in-depth description of an elaborate treasure hunting adventure that Bill is doing for Eli.  Eli is 6 1/2 and the adventure centers around a pirate treasure hunt that includes an old letter, lots of clues and finding the right place to dig up the buried ‘gold’.

It’s a really cool idea that I think would be a lot of fun to do – and I’m most impressed that Bill was able to find the time and the creativity to put the whole thing together.  He was definitely thinking bigger on this!!!!

Here’s a link that explains the setup:  http://dubiousquality.blogspot.com/2008/03/big-adventure_20.html

So could you think bigger for yourself or your business?  It doesn’t have to be an all or nothing proposition – maybe it’s just a few changes here or there.

If you have any stories about thinking bigger, share them here, I’d love to hear them.