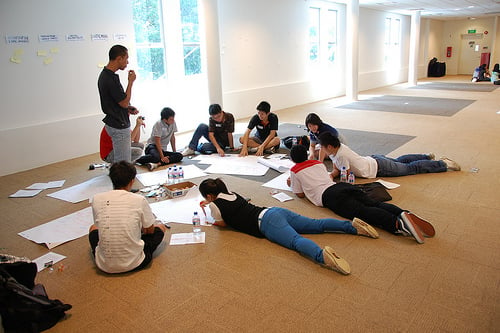 Launching a new product or service is tricky…have you ever been seen a new product being offered and thought:  “That’s really cool, but who would actually buy it?”  The problem is generally you don’t know what you don’t know and the stakes are high! Launching products or services without a market to buy them can be an expensive mistake.    Bigger companies can absorb the loss, for a smaller business it can be deadly.

It turns out you can and here’s how.   You simply need to ask your customers what they want.   When you engage your customers and make them part of a new product or service they take ownership in it and when it is released they feel like it was made just for them.   It builds loyalty, it reduces risk and you can likely charge more for something that’s a tailor made solution.

Way back in my Vermeer days, it was a competitor that first introduced this way of successfully launching a new product to me. In fact, I discovered they were doing it from a chance conversation.  A client in the Carolinas shared a story with me about how they had “worked with the Engineers (from my competitor’s company) to develop this new feature on a machine”! You would have thought they designed it completely around their input.  Then a couple months later and 2,700 miles apart, a client in Oregon relayed a similar story to me, (actually it sounded like a recording) about how they had helped develop the exact same feature…and they were even thinking about naming it after him!

Had my competitor really misled these two clients into thinking they were developing this new product just for them?  Yes and No.   What they had done was specifically target a certain demographic of their customer base and asked them questions and used their input to develop this new offering.   They stayed in touch with this group throughout the development phase.

As the product advanced from concept to design to market, they already had established a customer base anticipating the arrival.    No, these clients had technically not created anything and it wasn’t solely their idea, but because they had been asked and made a part of the process they were excited about what “they were helping create” and could not wait to see it hit the market so they could buy it.

Now, I am guessing there were a number of other customers scattered across the country who thought they were developing this exact same feature and if I would have questioned them I would have received the same reply about their involvement.   It was clever, effective and fairly easy to do – a stroke of genius.

A big part of the secret to this technique – developing and launching ‘customized’ new products, is to strategically select who you want to be involved in the project.     In the above example the clients they involved in this were the kind of customers they wanted more of.  They were the influencers, market leaders; customers others were likely to follow and want to emulate.  By getting their buy-in and participation other customers like them would be interested as well.

So before you crank up the presses, hire a marketing company, and build a new website for your latest idea.  I suggest you take another approach and spend some time getting some of your key customers in your target demographic involved.    Tell them you have an idea you would like get their input on.  Create a client advisory council.  Find some way to keep them involved in the process as you develop the idea.   Then the day you roll it out your fan club will be standing in line ready to buy it and they’ll likely bring others with them.

Have you ever used this client sourcing process?  How did it work for you?   We would love to hear your comments in the space below.

Take the 15 minute benchmark
I highly recommend Shawn’s services to any high-growth company Thank you Shawn, for all your efforts. Reggie Chandra Rhythm Engineering