The 3 things you must do to build trust and teamwork

The 3 things you must do to build trust and teamwork 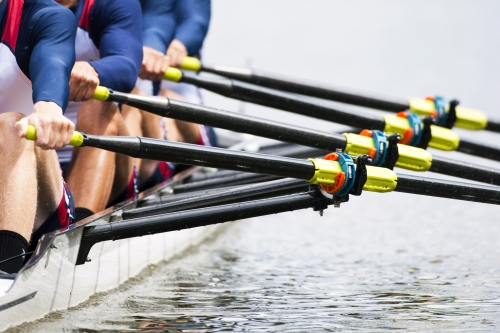 Teamwork has been described as the ultimate competitive advantage for a business.

“If you could get all the people in an organization rowing in the same direction, you could dominate any industry, in any market, against any competition, at any time.”
― Patrick Lencioni, The Five Dysfunctions of a Team: A Leadership Fable

According to Lencioni (and quite a few others) – great teamwork starts with trust. Not that you trust how someone will react – but real, vulnerability based trust where you really know someone as a person. Where they are willing to share their weaknesses and concerns with you (and vice versa). And most importantly where you know with certainty that they put the goals of the teams ahead of their personal goals.

When you have real, vulnerability based trust and everyone is on the same page then teams can argue, admit weakness, point out issues and challenge each other – and that productive conflict will make the team and the outcomes better.  (And it’s fun to be on a team like that…which pays off down the road as well).

When you don’t have that kind of trust – one of two things will happen. Team members will lash out at each other when they feel threatened, believing that the best way to get ahead is to bring others down (lots of political games). Alternatively (and probably more likely) people will fall into an ‘artificial harmony’ – where they agree with everything on the surface (or at least don’t disagree) but have absolutely no intention of actually supporting anything. This leads to all sorts of issues like infighting within the ranks, lots of passive aggressive behavior and a significant likelihood that nothing gets done.

As a leader, how do you develop trust?

So we’ve established that trust is critical if you’re going to build a great team. And that trust is based in vulnerability and the idea that the team members want to be part of something bigger. It’s all very logical and really not that difficult to understand…but it’s not likely to happen without some focus and leadership. As that leader – what can you do to develop trust within your team?

1. Actually have a team…

There’s a huge number of business owners who have employees, people they work with, but they don’t actually have a team. Anything that’s important is personally handled by the business owner and everyone else is just there to help. That’s not a team, that’s a very busy, stressed out business owner who has some help with lots of tasks.

Having a team means a leadership team where everyone has clear responsibilities and accountabilities. They may need to get approval for big decisions, but on the whole they are enabled by the business owner to make things happen in their area.

Do you have a team?  Could you create one?

People want to be part of a team because they want to achieve something that they can’t do on their own. In sports players don’t talk about trying to become the MVP…they talk about winning championships. As a business owner, what are you building? What’s your big picture? It doesn’t have to be finding a cure for cancer…it could be as simple as being the best pizza/plumber/wealth manager in your city. Whatever it might be, you’ve got to have something that others will find compelling – what would make them want to be part of your team?

Do you have a clear idea of what you’re building? Have you shared it with your team lately?

3. Go first and be vulnerable…

If you want others to trust you, you’re going to have to trust them first. You’re going to have to be the first one out on the ledge before others will follow. If they sense you’re not willing to open up, be vulnerable and to trust others…there’s no way they’ll trust you and the team will never come to pass. The vulnerability part is often very difficult for a business owner. *Note – it’s important to point out that you don’t have to share your deepest, darkest innermost secrets (in fact you shouldn’t) – but you do need to be a real person with hard and soft edges.  And you do need to admit weaknesses…and be able to accept that you’re wrong (and that others are right).

Suggestion – get to know each other on a more personal basis. Where did you grow up? What kind of challenge did you have as a kid? What was your family like?  Consider using some behavioral assessments as a way to develop a common language around different styles.

Are you putting up a front for your employees that you can do no wrong? Or are you willing to admit that you need their help and value them?

Building a great team isn’t really a complex thing – the ideas are straightforward and easy to understand. But they’re not easy to implement…and it’s not a one time thing. You can’t just buy a team in a kit – instead you have to start leveraging core behaviors every single day. Things like:

Simple – but not easy.

What do you think about trust and teamwork? Agree? Disagree? We’d love to hear your thoughts – share them in the comments below.