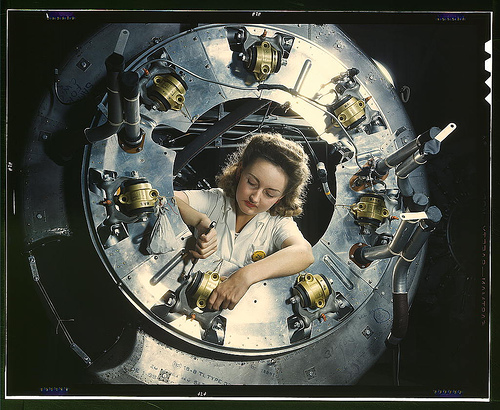 We’re hearing a lot about the incoming government’s plan for job creation.  From a macro economic perspective, jobs are the foundation that has to be in place for all the other stuff to matter.  (And small businesses account for the lion’s share of jobs, so small business relief should be front and center).  Unfortunately, it’s a really complex issue and there aren’t any easy answers.

Along those lines, it’s always good to learn a new perspective – I was having a discussion last night and picked up on a couple of issues with some of the job creation ideas that are being proposed that I hadn’t considered, especially around the idea of tax credits to the business owner for new hires.

On the surface, if the idea is to encourage people to create more jobs, then paying them as a reward for every new job created sounds like a good idea.  There would be issues around how it’s managed, what does a ‘new’ job actually look like, etc., but the spirit of the idea makes sense.

However…and this is where the new perspective for me came in, there are at least a couple of major flaws in the philosophy.

The first issue is that this approach could unfairly impact business owners that have done well and have reached a more mature point in their business.  It opens the door for a competitor to be able to undercut them because of the reduced cost in wages.

Say I’ve got a roadside widget stand that is doing fine and has employed 20 people for the last 3 years.  My largest single cost component is wages for the 20 employees.  The legislation passes for tax credits for new hires, but the underlying economy hasn’t really changed (it’s probably worse due to the recession) so despite the incentive I end up only hiring 1 new employee for a very moderate benefit.

However, right after the legislation passes – Joe’s widget shop opens up next door.  Joe is starting from scratch, he’s got a very similar and competitive product and he’s hiring 20 people – and getting credits for 20 people.

At an estimated benefit of $3000 – $4000 per new hire, my costs drop by $3000, but Joe is able to reduce his costs by $60,000, putting Joe in a position to undercut my prices or do some serious advertising during this year.  Either way, it will make for an unbalanced challenge to my widget stand that could cause me a lot of problems.

I’m all for competition, but it is important to keep things on an even keel.

The other thing that came up in the discussion was speculation that the hiring tax credit proposal was potentially already driving some marketplace behavior, specifically some layoffs going on now.

If I’m fairly sure that I will get a credit for hiring people in a month or two, wouldn’t I be better off to lay off a bunch of people now, or at least right before the legislation goes through so I could then hire them back to take advantage of the credit?

It would be a hassle, but it’s potentially a viable strategy that will be difficult to stop and certainly doesn’t create any real economic benefits – except maybe to the business owner for exploiting loopholes and impacting employees.

So what should be done?

I don’t have a great answer to this.  There’s a good write-up in the Baltimore Sun from a few days ago that addresses a few ideas – making it easier for small business owners to get access to capital and giving them tax relief, both make a lot of sense.  Make it generally more profitable to own a small business and put more money into the hands of those business owners that are taking the risks and pushing the dream.

I also think that the right kinds of infrastructure development on long term things that the public will really benefit from could be a boon to business owners – potentially directly if they have businesses that support that kind of work, or even indirectly just by getting more money into play in the economy and getting people to spend more.

It’s a tough situation, with a lot of moving parts and the last thing we can do is sit on our hands and hope the problems go away.  President-elect Obama has made it clear he’s going to take action – and any action will be better than doing nothing, but here’s to hoping that he’ll be able to find at least a few things that will really make a long term difference.

What ideas do you have on how to increase small business hiring?  Share them here – I’d love to hear your thoughts.