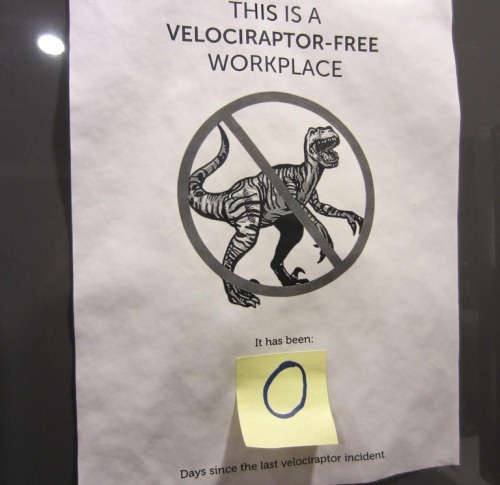 The first thing most of us think about when it comes to habits are the little personal things we all do without thinking: brushing your teeth, your specific bedtime routine, watching gladiator films when it rains, stuff like that.  We generally don’t think of ‘safety first’ as a habit…and it’s unlikely that we would imagine a corporate wide ‘safety first’ habit would dramatically improve the performance of a Fortune 500 company.

However that’s exactly what happened in 1987 when Paul O’Neill took over as the CEO for Alcoa.  The story highlights one of the key ideas from The Power Of Habit by Charles Duhigg, a great new book that will having you looking at how you (and your organization) do things…and how you can transform habits to drive success.  Habits drive behavior (both micro and macro) more than we realize…and although change is never easy, it is possible to change habits for the better.

“If you believe you can change, if you make it a habit, the change becomes real. This is the real power of habit. The insight that your habits are what you choose them to be.”  – Charles Duhigg

Back to the Alcoa story – Alcoa (the Aluminum Company of America) manufacturers all sorts of Aluminum products from the wrappers on Hershey Kisses to bolts used in the Space Station.  However in the late 80’s Alcoa was stalled, performance was down, new product development had missed repeatedly and overall investors were becoming very concerned.

Enter Paul O’Neill as the new CEO (who would later become Secretary of the Treasury for George W. Bush).  In his first presentation to shareholders, he didn’t talk about profits, he didn’t make strong promises on turning around the revenue or even upgrading the leadership.  Instead he talked about safety – and that his primary focus, along with his executive team’s primary focus would be to make Alcoa the safest company in America.  Considering that working with molten aluminum is inherently dangerous, that’s quite a claim…and it was even more interesting / disturbing for the investors because there was no apparent tie between Alcoa’s safety record and their lack of profitability.

The first thing that became apparent to the Alcoa employees about their new CEO is that he was serious about safety first.  Any injury had to be reported to O’Neill by the unit president within 24 hours along with a plan to prevent the problem in the future.  Anyone who wanted to be retained or promoted had to buy into the new focus – which required everyone in all of the factories to start looking at things differently.  How they worked, how they communicated and how they planned and implemented changes.

The outcome of this new focus?  Within a year of O’Neill’s kickoff, Alcoa hit a new record high for profits and over the next 12 years the already very large company grew five times larger – to a market capitalization of $27 Billion in 2000.

Author Charles Duhigg describes this new approach of safety first as a keystone habit for Alcoa…basically a behavior change that fundamentally supports a lot of other positive behavior changes.  Here are a couple of examples on how this worked for Alcoa:

In order to truly transform safety outcomes, Alcoa leadership had to partner with the unions and get everyone on board in terms of best practices (for safety. productivity and quality).  Because worker safety is a topic that everyone could get behind, it united management and the unions…which rarely happened in the past.

The change also created a culture of planning and awareness that was shared from top to bottom.  Because it was the unit presidents who were on the hook for the 24 hour turnaround of new plans…and because those plans and ideas had to come from people on the factory floor, there was a lot more focus and communication on daily operations – which quickly turned into a powerful model for operational excellence.

The study of habits has shown that the Keystone Habit concept also works for individuals.  People who can really get behind a relatively small change (and succeed) will then find it much easier to start changing other things.  Make a concerted effort to change your habits and stop smoking and you will likely also find yourself exercising more, eating better and generally being more healthy.

It’s all about Focus

Habits are powerful because they become an effortless way to drive behavior (and results).  Once something is a habit (personally or organizationally) you don’t have to keep pushing to make that activity and outcome happen.  The problem is that you can’t transform a bunch of things at once.  The message gets diluted and confused and you don’t end up really changing anything.

However – as the Alcoa story illustrates, if you focus on one thing as the clear top priority, you can change habits…and create a foundation for additional change based on your initial success.

What is your top focus for your business?  Could you identify a keystone habit to implement that would fundamentally change the culture and behavior of your team?  I’d love to hear your thoughts on Habits and transformation or on the book if you’ve read it.  Let me know in the comments below.