Looking to connect with people? ShoutNow!

Looking to connect with people? ShoutNow! 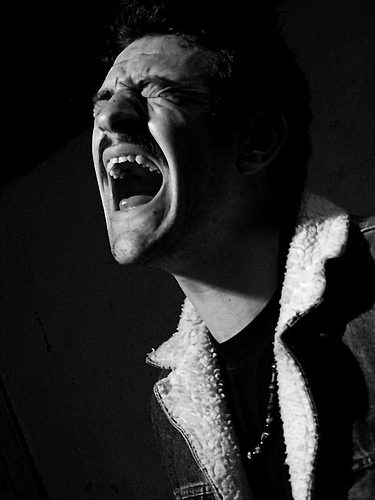 Have you ever had a situation where you needed to coordinate with a group of people and something came up at the last minute?

Maybe you were meeting a group somewhere and the plans changed at the last minute.

Maybe you’re the coach for the kids soccer team and the game gets canceled an hour before the game starts – yes the other parents are supposed to check the website or their email, but you know at least 1/2 of them won’t.

Maybe you’ve got a group of employees that are all working on an urgent project and something new comes up and they need to hear about it right away.  Sure you could email, text or IM them, but sometimes they need to hear what you’re saying!

You need to ShoutNow – a new voice messaging application that lets you send a voice message out to a group, quickly, easily and cheaply.

ShoutNow is a service that was launched a few weeks ago by Dan Melton (and others).  Dan is the owner of npTLabs, a technology start-up company that’s doing a lot of cool things.  (He’s also a client of mine that’s a lot of fun to work with!).

However the ShoutNow story is really compelling – Dan went to Indianapolis recently for a Startup Weekend.  The idea is to get a diverse group of people in a room, let them work together and come up with a new business idea…and implement it!  Dan’s team won the competition with ShoutNow and they’re moving forward to launch it beyond it’s current beta phase.

They’ve already had several thousand calls placed through the service (without any issues) and they just got a great write-up in Mashable in a story on Voice Messaging for Groups.

They’ll be adding more functionality as they go, but the service is up and running now – check it out and give a try at shoutnow.com.