Are you buying into the myth? It’s not about the Idea…

Are you buying into the myth? It’s not about the Idea… 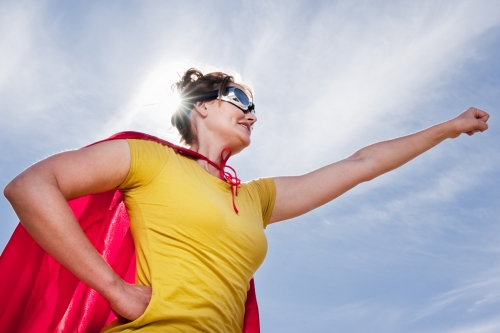 There’s a pervasive cultural image of the Entrepreneur as the new age Superman (or woman) that not only is supremely creative, but extremely business savvy, smooth talking and only requires 3 hours of sleep per day.

In the E-Myth Revisted, Michael Gerber starts out his book with the following:

The E-myth is the myth of the entrepreneur.  It runs deep in this county and rings of the heroic.

Picture the typical entrepreneur and Herculean pictures come to mind: a man or woman standing alone, wind-blown against the elements, bravely defying insurmountable odds, climbing sheer faces of treacherous rock – all to realize the dream of creating a business of one’s own.

…Well, while there are such people, my experience tells me they are rare.

Gerber originally wrote this well before the dot.com boom (and bust), but the Silicon Valley mystique only adds to the myth.

The thing is…it’s not true.  There are definitely people out there that fit the descriptions above, but 95% or more of business owners and entrepreneurs are down to earth, regular people that like what they do and want to make a business out of it.

Another pervasive myth that’s in the same ballpark, especially since the dot.com era is that all you need to make untold $$$ Millions is a “Great Idea”.

The problem with this Myth (besides not being true) is that it puts a huge amount of pressure on anyone that wants to start a business (or even an existing business owner that wants to create a new product or market).

I just started reading a book by Rob Adams called:  A good hard kick in the ass  Eye catching title aside, so far it’s a good read addressed to Technology Start-up entrepreneurs clarifying what it takes to create a successful business.

Rob runs a Venture Capital incubation firm in Austin Texas and in his qualified opinion, a “Great Idea” isn’t the key to next great business.  In fact his opinion is that if you’re too focused on your idea you are doomed to fail.

The title of the first chapter is:  “Good ideas are a dime a dozen” and he explains in very clear terms that it’s unlikely that you have a unique idea (just do a search on the internet for almost anything) and that being first to market isn’t really important either.

What is important?  A strong team executing against sound fundamental business practices.

This came up in discussion at a meeting I was at this morning.  A business broker in the group had a great example of a guy that had invented a Tree Straightener – a device or process to straighten trees that presumably are bent in unseemly ways.  The inventor wanted to cash in on his idea, but over the course of several years had only managed a few thousand dollars in revenue.  There was no execution and no strong fundamentals for the product.  The idea as a business is currently not worth anything.

Despite the vision of the IDEA and the ENTREPRENEUR success still primarily boils down to hard work and fundamentals.

I’m a great believer in luck, and I find the harder I work the more I have of it.