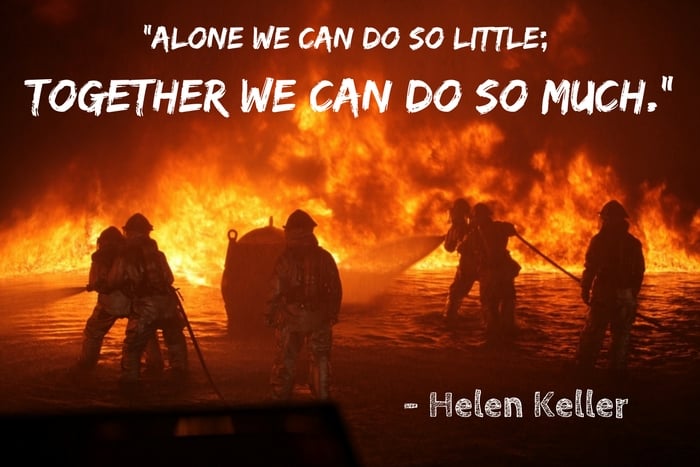 Even if you only read the cliff notes in High School,  it’s likely you know that is the opening sentence of Charles Dicken’s, A Tale of Two Cities.   Understandably, with all the recent natural disasters, the latter of Dicken’s famous decree is a thought that has been surfacing pretty regularly lately.

Let’s face it, Newswise, it has been rough the last couple years, especially when it comes to politics, religion, or anything the least bit controversial.  Everyone is so hypersensitive you don’t even know what is safe to say anymore.  It is downright depressing watching any of the major networks to the point that a lot of people have simply vowed to stop watching the news.  No one can seem to say anything good about anyone else.  Instead of trying to find common ground, it seems like we’re in a constant cycle of what can we do or say to disagree with the other.

Then along comes the driest summer in years in the Northwest, sparking record wildfires, Harvey in Texas, an 8.1 Earthquake in Mexico, and now Harvey’s sister Irma has ripped thru the Caribbean and now Florida.  It’s not uncommon to have multiple natural disasters taking place around the world, but it’s hard to recall a time when there were so many challenges affecting the United States at the same time.

And what about the news…have you noticed how suddenly all this division has taken a backseat?

If there is one thing that gives me hope for our nation, our economy, and the long term future of this country it’s the resolve of the people in it, coming together in times of need.   How could you not be inspired by the volunteers who lined up for miles with their pickups with boats in tow heading to Houston?  There are similar stories coming out of Montana and Oregon, where often volunteer firefighters are risking their lives to control the raging wildfires.

We can be pretty certain as those boats were making their way through Houston neighborhoods no one was concerned about which side of the fence they were on, on this or that subject. And the Montana fire fighters don’t ask about political views of homeowners before they start working to save a family in harm’s way.

With so much division in the country, it is a shame that it takes something like a natural disaster to bring us together.  Though the recent solar eclipse did a pretty good job of that as well.  That was a day when everyone across most of the United States could find something to be “united” about.   Even if the clouds interfered with the view for some along the path.

It’s hard to believe we’re at the 16th anniversary of 9/11.   Anyone who was old enough to remember that day can tell you exactly where they were at when the news first broke that something had crashed into the North Tower at the World Trade Center.   In most of our lifetimes, that day will probably stand out as the day that brought out the true passion of the American spirit more than any other day.  That terrible event united a nation.

So back to Dickens famous opening sentence, though there are thousands experiencing the “worst of times” right now, including dealing with the loss of life.  These tragedies are also a way people pull together as a community and do whatever they can to help one another; that gets us to the “best of times”.

The only business message is this post is this: don’t wait for the next solar eclipse or natural disaster to be a good neighbor in the business community.  Do what you can on regular basis to make your community a better place.  There are countless opportunities to get involved. Google “volunteer near me”.

If you want to check out a low budget inspirational true story check out “All Saints”.   Regardless of your religious beliefs or affiliation, the story will remind you things aren’t always as they seem.  Good can come from most situations if we take the time look for it.

As always we value any thoughts in the space below.