How would you do on 'The Spaghetti Problem'?

How would you do on ‘The Spaghetti Problem’? 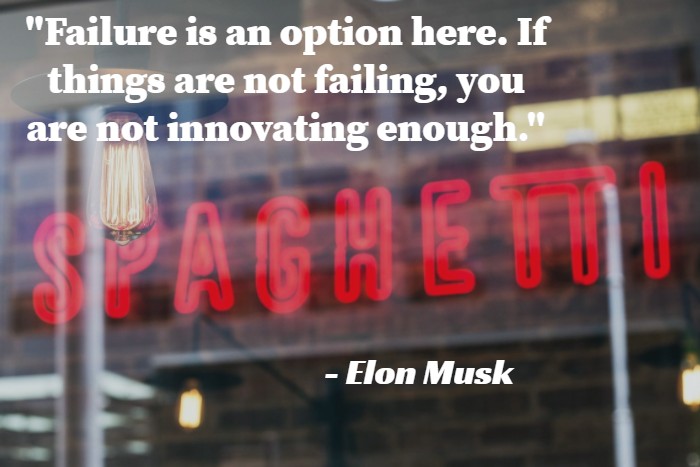 What’s the essence of creativity?  Is it intelligence?  Planning?  Experience?  It turns out it may not be any of those things…

Peter Skillman – who has the title of General Manager of Smart Things at Microsoft developed a creativity exercise that he called ‘The Spaghetti Problem’ and he ran it as a challenge for over 5 years – running it against a total of more than 700 people in that time, including engineers, managers, and MBA students.

The challenge is fairly simple (at least in concept) – you work as a small team using the following:

With those components, you need to build the tallest stable structure you can within a set timeframe – it has to be freestanding, you only get 18 minutes and the marshmallow must go on top.

Here’s the kicker – out of all of those professionals and super-smart, experienced people who tried the challenge, 1 group consistently outperformed everyone else.

Kindergartners!  (Just for the record – MBA students ended up with the lowest performances…).

It turns out that six year-olds unlocked a secret to creativity that any of us can tap into.  How did they do it?  They just jumped right in and immediately started trying things. If it didn’t work, they just tried something else.  They failed, quickly learned whatever they could and then went at it again.  The adults, on the other hand, tended to overthink their ideas and ended up with far fewer attempts – and towers that didn’t reach as far by the end of the time limit.

Shoot Bullets rather than Cannonballs…

This matches up really well with something Jim Collins discovered as he was researching and writing his book Great By Choice.  What Collins found is that the most successful growth companies had specific processes in place to consistently and quickly test their ideas on a small scale.  Rather than gear up for a really big, expensive launch of something new… a cannonball (product, location, pricing, business model, etc.), the most successful growth companies would find simple, easy ways to test those ideas – ‘bullets’ that didn’t cost very much, but still gave solid feedback on whether or not it was an idea worth trying.  A company could shoot a lot of bullets for the same cost as just one Cannonball, but get a lot more feedback and end up with much better ideas.

And once an idea was proven out with a bullet – it was much easier to pull the trigger on going big for that idea and really making it work.

So how does this apply to your world?  If you are like a lot of business owners, you’ve got some great ideas floating around… but perhaps you’ve been unwilling to try them out.  Based on what we learned from the kindergartners, planning and spreadsheets aren’t going to help you figure out if something works. Instead, you need to find a way to translate that idea into a bullet – something you can try out with real customers, money, and sales, but on a small, controllable scale.

As an example – there are lots of companies who have done a digital ‘launch’ of a new product – without actually building the product first.  They come up with all of the proposed features and benefits, write-up a compelling web page that allows customers to order the product and then see what kind of response they get.  Once they’ve had some time to see the response, they pull down the page, refund money to anyone who ordered with an apology and use all of that great data to make a decision on whether to move forward with the idea or not.

What idea would you like to try out in your business?  What could you do to get a ‘bullet’ version out there and start learning from it?  The more you try (and fail), the more you’ll learn and ultimately the more successful you’ll be.

What do you think?  We’d love to hear your thoughts – please share them in the comments below.