How to make your Revenues soar – a story!

How to make your Revenues soar – a story! 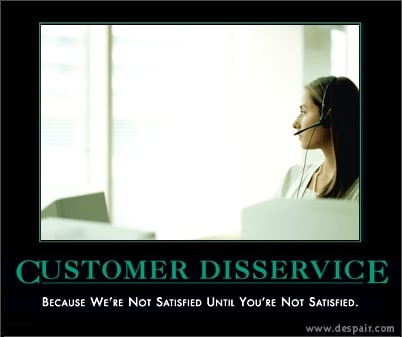 This is the story of Joe Bob and Dirk, two business owners with remarkably similar businesses selling only the finest widgets.  Joe Bob and Dirk are direct competitors and they are selling exactly the same product!

In fact Joe Bob and Dirk have been in business the same amount of time and both have 3 salespeople that are performing exactly the same.

Both are fortunate to be in an industry with good growth and there came a time when they needed to start hiring additional new employees to help sell widgets.

Joe Bob took the approach that he would obviously be able to find and recognize superior sales talent and so he put out the word that he was hiring and needed to find 3 great salespeople.

The reputation of the widget industry was good and within a week Joe Bob had lined up 10 interviews with candidates that had good resumes.  He met will all 10 candidates, had some great conversations with several of them and decided that he liked candidates number 3, 5 and 7 the best.

He made fair offers, and all 3 candidates were excited to accept and started with the company two weeks later.

Dirk recognized that it’s almost impossible to recognize all of the intangibles that make a salesperson (or any employee) successful just from an interview (or even a series of interviews).  He decided that he would get some outside help and use a hiring assessment tool called Profile XT (from Profiles International).

He assessed the high performer with the Profile XT and used that as the Job Match Profile for the new candidates.  He also assessed the other 2 current employees and found that the average employee had a 76% job match and the low performer only had a 50% job match.

Dirk ended up letting his low performing sales person go (they were unhappy anyway) and ended up making offers to and hiring the top 4 candidates.  The whole process took a couple of weeks longer than Joe Bob and cost a bit more to run the assessments, but the new employees were a great fit and very excited.

One year later, the fortunes of the 2 companies was very different.

Joe Bob’s 3 hires were a real mix in terms of quality and in fact one of them quit after 6 months, requiring Joe Bob to start the hiring and training process all over again.

Dirk’s hires adapted immediately to the environment and jumped right in.  Because of the great fit to the existing high performer, 2 of the new hires were able to move up to that level of performance and the other 2 new hires were able to match the current ‘average’ performer.  Dirk’s sales totals for the year then were:  3x $200,000 and 3x $300,000 for a total of $1,500,000.

Is $300,000 in additional revenue (PER YEAR!!!) worth a little extra up front time and money in your business?  Obviously it might not be $300,000 for your business…it might be more, or it might be less, but either way it’s going to be a huge return on investment relative to the alternatives.

If you think it might be worth looking into, give me a call and we can talk about how objective hiring can benefit you!

1 thought on “How to make your Revenues soar – a story!”