How to get their attention…so you can sell

How to get their attention…so you can sell 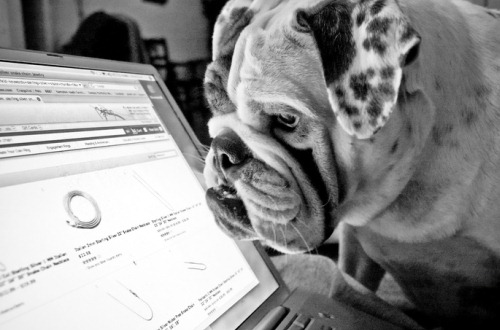 It can be really hard to get someone’s attention.  From a business perspective, there are people walking around you right now who have money and could theoretically spend it on your product or service.  If you could get their attention – you might be able to sell them something.

Did I mention it’s really hard to get someone’s attention these days?  We’re all being bombarded by thousands of messages every day…and it can be really hard for something to get through all that noise!

Seth Godin has a great quote on this very issue:

“Selling to people who actually want to hear from you is more effective than interrupting strangers who don’t”.

Interruptions used to work better…back when there was less noise, but now your best bet is to find people who want to hear from you.

How do you do that?  First of all you have to know who you want to talk to…be very clear on your target audience.  The more defined you can be the more likely you can get their attention.  It’s the difference between talking to a ‘card players’ or a ‘Texas Hold-Em tournament players’.  If you’re a big fan of Texas Hold-em, you’re likely to ignore something targeted to just ‘card players’.  Conversely, if you’re not a Texas Hold-em player, you will ignore the message…because it’s not for you.

Once you know who you’re talking to, then you need to know what their problems are (ideally the problem that you can help solve).  That’s what’s going to draw their attention…you are speaking clearly to your target audience on a topic they have a strong interest in.

Back to the Texas Hold-em example, using a headline like “How to ACTUALLY make money playing in Texas Hold-em tournaments” would get some real attention.

From there, you need to deliver on your promise – maybe you got them to click through on a blog post or to download a report or watch a video.  Whatever it was, this is your attention to establish credibility and make them interested in you.  If you fail at that, they’re gone, never to be seen again.

But if you succeed at giving them something of value – then…and only then do you have an opportunity to sell them on something.  It can be a tough road, but it’s still easier than interrupting somebody!

What do you do to earn attention from your prospects?  Share your thoughts in the comments below, I’d love to hear them.